Couple Wreck Classic Camaro After Crashing Into Each Other 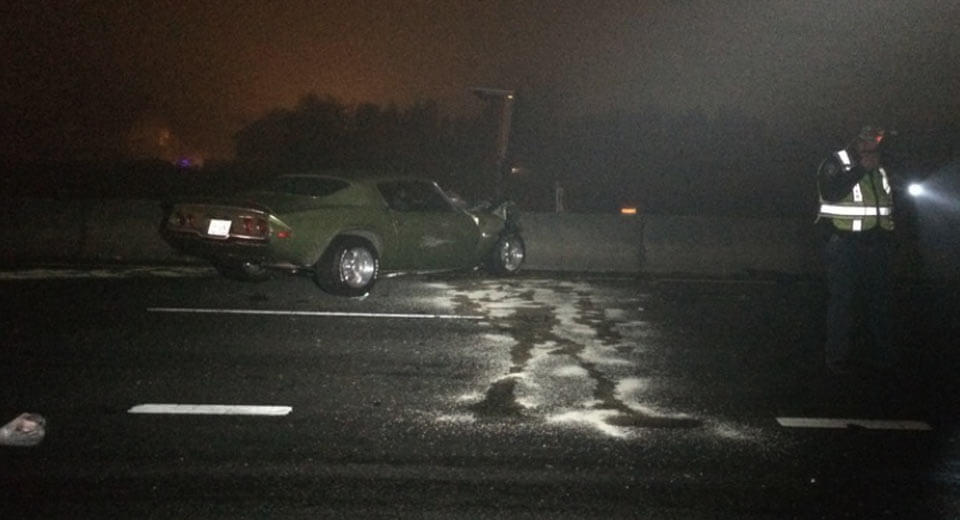 A couple has crashed into each other and wrecked a classic 1973 Chevrolet Camaro in a bizarre incident in Springfield, Oregon.

KVAL13 reports that at approximately 10:15 pm on Thursday last week, 41-year-old Genevieve Daley lost control of her 2003 Pontiac Grand Am and smashed into the center divider on Highway 126.

To make matters worse, her 45-year-old boyfriend, William Grace, was driving his 1973 Chevrolet Camaro behind her and was unable to avoid his partner’s crash, slamming into the side of the Pontiac, causing significant damage to both cars.

Police charged both Daley and Grace with DUI and reckless driving and the pair were taken to Riverbend Hospital with minor injuries.