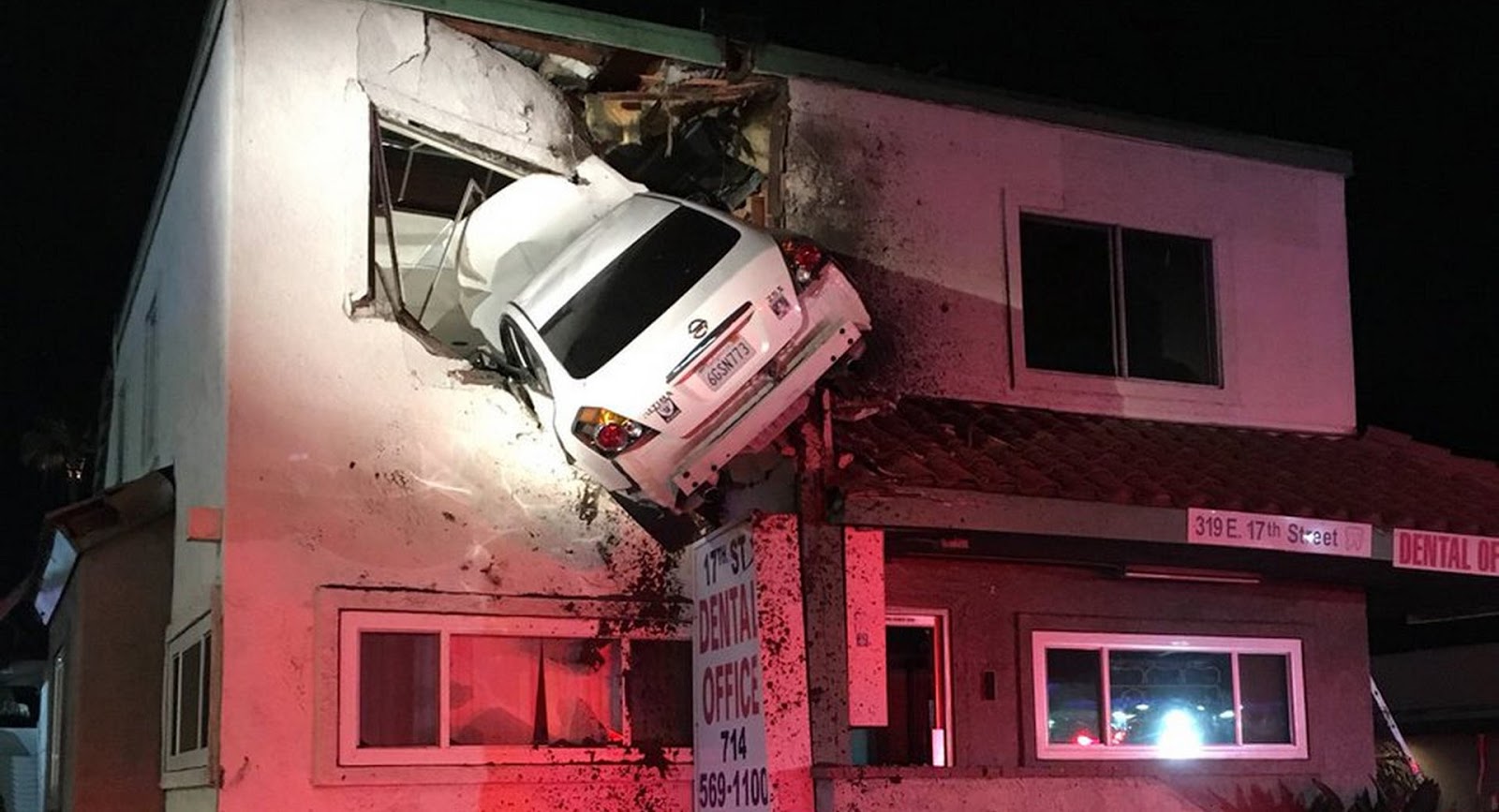 There are bizarre crashes and then there’s this: a Nissan Altima was lodged into the second floor of a dental office in Santa Ana, California.

According to the Santa Ana Police department, the car was speeding when it hit a raised center median and launched in the air, slamming into a dentistry on the second floor of the building across the street.

The crash caused a small fire. Two people suffered minor injuries as a result, with the driver of the vehicle later arrested on suspicion of driving under the influence.

The white Nissan crossed three lanes before hitting the divider and going airborne but luckily it didn’t hit any passing cars.

The incident was caught on camera by a nearby bus, which the Nissan missed by inches during its flight towards the building.

OCFA in Santa Ana with a vehicle that crashed into the second floor of a small Office building. The vehicle hit the center divider and went airborne and landed into the building. One person self extricated, the other person is still trapped in the vehicle. USAR from OCFA On scene pic.twitter.com/Lm5b4oyCIm
— OCFA PIO (@OCFA_PIO) January 14, 2018

OCFA in Santa Ana of a vehicle that crashed into the building. The fire was quickly extinguished, both victims are out of the vehicle safely with minor injuries. Members from OCFA & LA COUNTY Urban Search & Rescue teams are removing the vehicle from the building. pic.twitter.com/x29WvTkNGk
— OCFA PIO (@OCFA_PIO) January 14, 2018 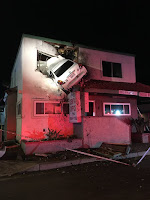 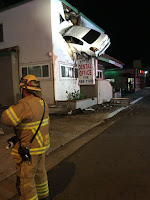 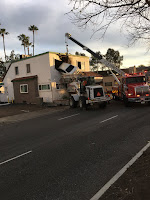