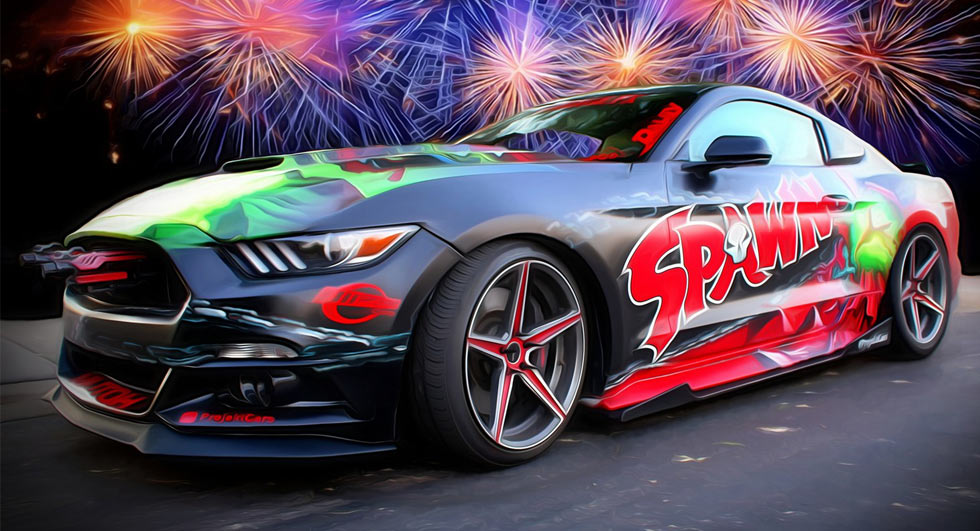 The Black Panther themed Lexus LCs won't be the only comic book inspired vehicles at SEMA as Race Ramps has announced plans to celebrate the 25th anniversary of Spawn by showcasing two customized vehicles at the show.

Created by Projekt Cars, the one-off models are billed as a "creative merger of the fictional comic world with standout aftermarket upgrades." The company says they reflect the Spawn theme inside and out and showcase performance as well as customization.

The company didn't say much about the vehicles but the first model is a supercharged Ford Mustang which features a front splitter, aerodynamic side skirts, and a ram air hood. The car also has a custom paint job, five-spoke alloy wheels, and fake machine guns coming out of the grille.

The second vehicle is based on the Jeep Wrangler Unlimited and has custom fender flares, rugged bumpers, and a unique grille. We can also see rocker guards, a ventilated hood, and beadlock wheels with massive off-road tires. Other notable features include tubular doors, auxiliary LED lights, and a winch.