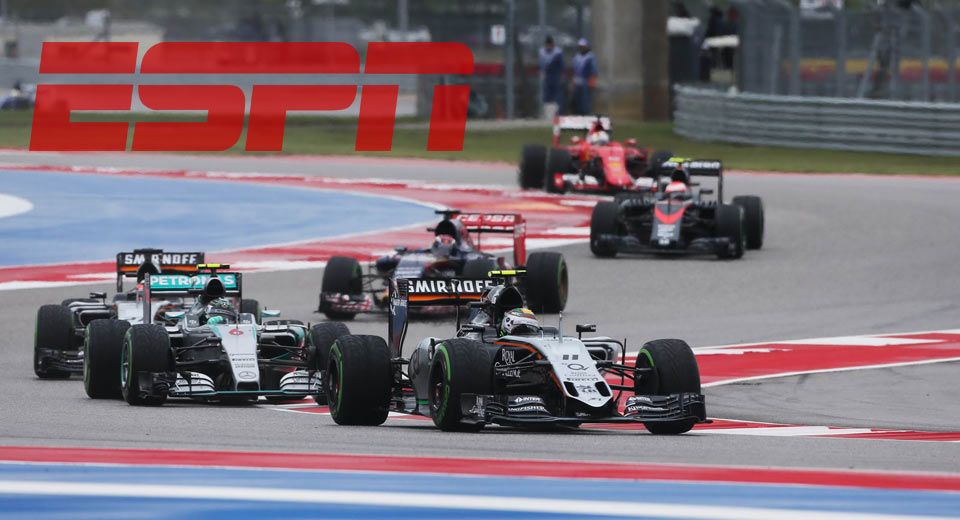 ESPN will become the official broadcaster of Formula One in the United States from next season, replacing NBC which has decided not to extend its contract with Liberty Media.

In a statement, the sport said every practice, qualifying session, and all 21 races will be broadcast live on either ESPN, ESPN2 or ABC. However, it hasn’t been confirmed how many years ESPN’s contract will run for.

Speaking about the move to ESPN, managing director of commercial operations at Formula One, Sean Bratches said “We are excited about the return of the world's foremost motor racing platform to the ABC and ESPN platforms.

Liberty Media has previously said that it wants to offer a direct-to-consumer streaming service to F1 fans but this announcement failed to mention these plans and whether or not any progress has been made.

NBC signed exclusive broadcast rights to F1 in 2013 on a four-year contract. For the 17 years before that, coverage was provided by Speed.