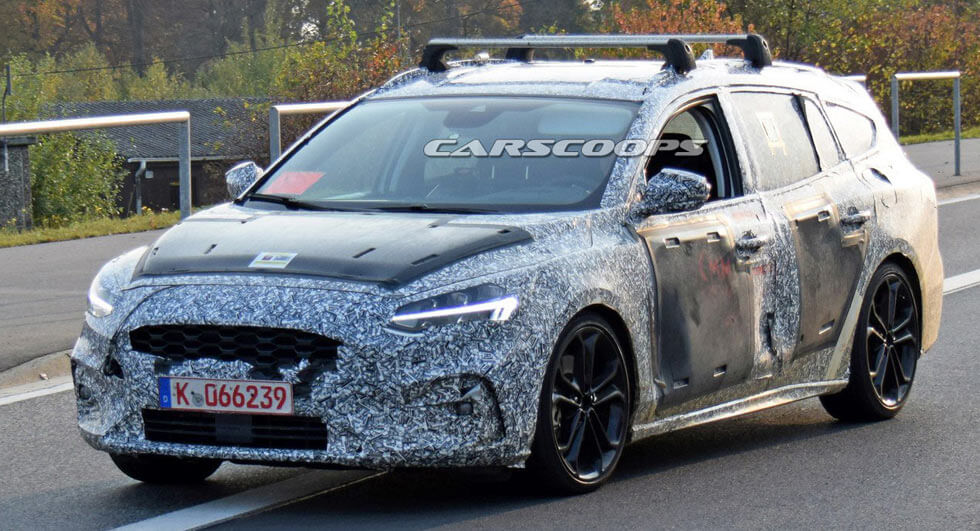 Ford recently announced plans to push car development to the backburner but that hasn't stopped work on the all-new Ford Focus.

Recently caught in wagon form, the redesigned Focus is a step in the right direction as the car has sporty appearance particularly in the ST trim shown here. Despite the presence of heavy camouflage, we can see the model has a sporty front fascia, a unique grille, and five-spoke alloy wheels with a black finish.

The prototype also has new headlights that mimic the Thor's Hammer headlights that are found on vehicles from Volvo. Other notable changes include a sportier greenhouse and a more pronounced shoulder line.

At the rear, the wagon has an evolutionary tailgate with a larger spoiler. Rounding out the changes are new LED taillights and a sportier bumper.

Ford hasn't such much about the redesigned model but global markets boss Jim Farley recently revealed the Focus will be introduced in Europe early next year. The executive also confirmed plans for a luxury-oriented Vignale model as well as a crossover-inspired Active version.

Power will likely be provided by an assortment of three- and four-cylinder engines. There will also be plug-in hybrid and electric variants as well as sporty models such as the ST. The later is rumored to have to have a turbocharged 1.5-liter engine developing around 275 hp (205 kW).