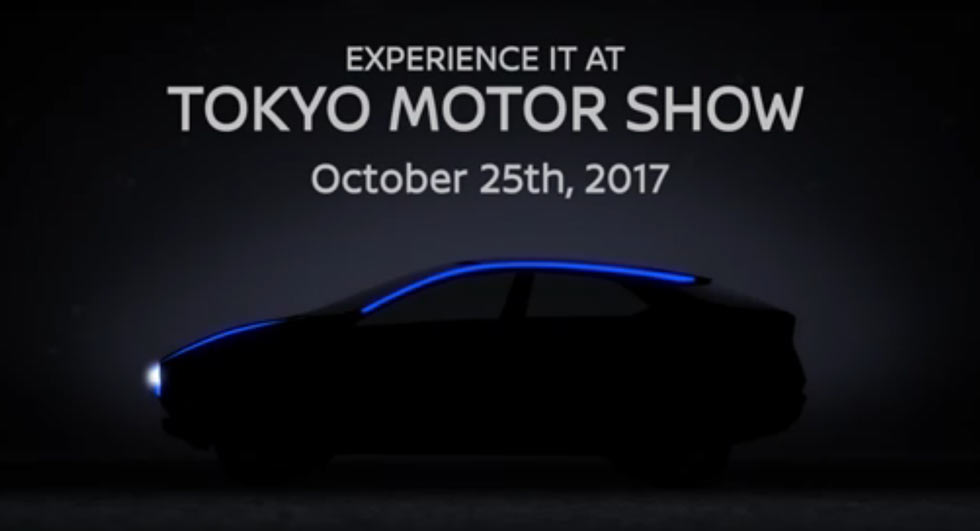 Nissan has released a teaser video which previews an all-new concept for the Tokyo Motor Show.

The company is keep details under wraps but hinted the model "embodies the future of Nissan Intelligent Mobility."

The video appears to show a sleek crossover with a nearly vertical front fascia. We can also see a relatively short hood and a rakish windscreen which flows into a gently sloping roof. The rear of the concept is a more mysterious as it appears relatively boxy with the exception of the rear window.

While Nissan is keeping quiet, the video shows a sign that says "autonomous drive recommended." This seems to suggest the concept will feature some sort of autonomous driving technology.

The mysterious crossover concept will be shown alongside a handful of other "exciting concept cars" including the new Leaf Nismo.