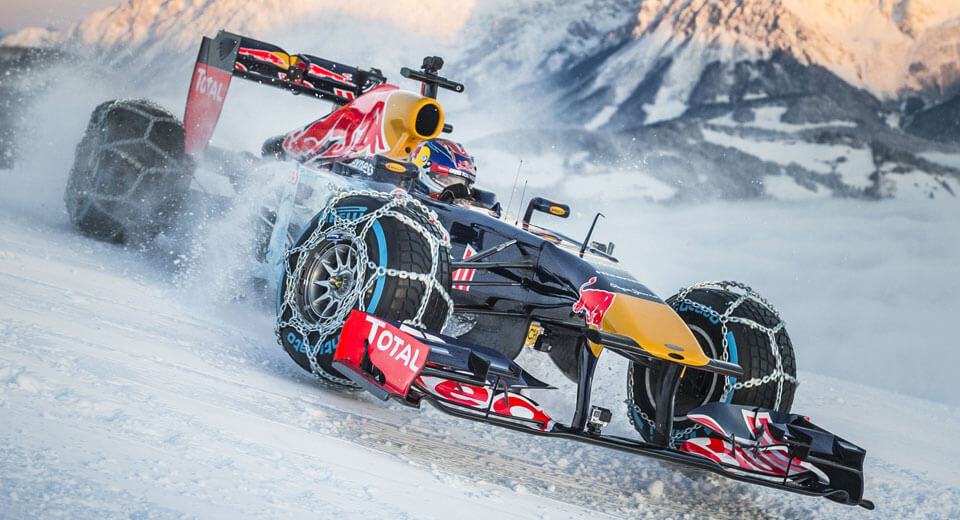 The powers that be in Formula One are set to convene in Paris next week to discuss the next stage in powertrain regulations. And one of the measures they're reportedly set to talk about is the implementation of all-wheel drive.

According to Autosport, the system wouldn't divert power mechanically from the engine to the front wheels as it would on, say, a four-wheel-drive off-roader.

Instead the through-the-road all-wheel drive system would place a Kinetic Energy Recovery System on the front axle, recuperating brakeforce energy to then deploy to through the front wheels.

It'd be a similar setup to what Porsche, for example, has been using on its 919 Hybrid prototype. The system would ostensibly allow for more mechanical grip in corners while enabling closer competition and more passing. It'd also potentially allow for the engineers to do away with the complex turbo-heat recovery system on the engine, but would present its own set of challenges – including complexity and cost.

“How do we compensate for 60% of electric energy that is being lost?” Mercedes motorsport boss Toto Wolff said to Autosport. “There are various possibilities and front motors is one.”

Other teams are more concerned that the measure would lead to an arms race. "It's the same trap F1 got itself into when it selected this engine," said Haas team chief Gene Haas. "We have to be very careful before we say 'let's just throw a four-wheel drive car out there', because it could be another one of those ones where one team will probably hit a home-run and the rest of us will be struggling with trying to catch up with that."

It wouldn't be the first time that an F1 car would run with all-wheel drive. Lotus and McLaren both experimented with the idea and even put it to use on track, as did various other manufacturers like Ferguson, BRM, and Matra. The technology was banned in 1982, but series regulators could bring it back if there's a consensus.