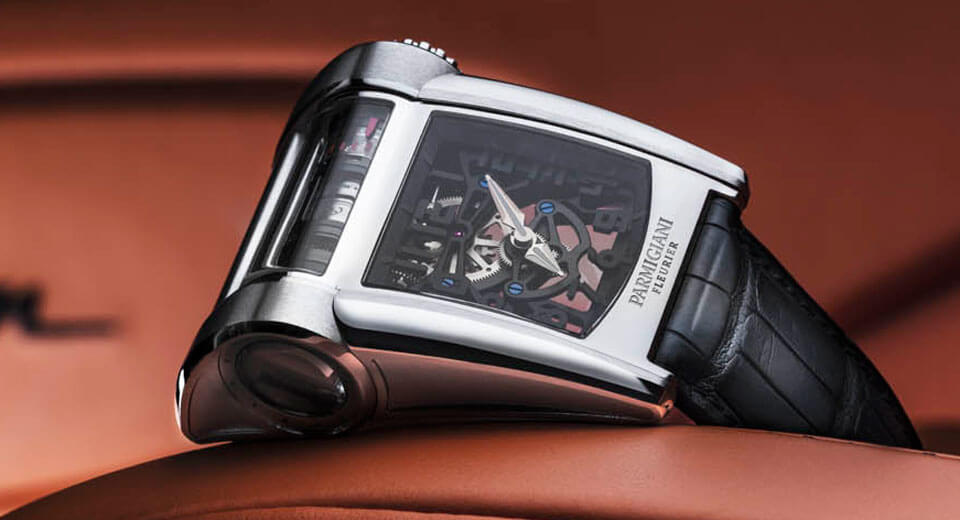 By now we've all gotten used to the idea that an exotic automobile needs a wristwatch to go with it. But what about a hypercar like the Bugatti Chiron?

Such a feat of engineering (and buying power) demands a timepiece as spectacular as the car which it's made to accompany. Fortunately the folks at Parmigiani Fleurier have proven themselves up to the task.

To compliment the Chiron, the automaker's longtime horological partner crafted the Bugatti Type 390, previewed over a year ago but just now completed. Described as “an engine block on the wrist,” it's roughly analogous to the watchmaking industry as the Chiron is to the automotive sphere.

Far from slapping an EB emblem on an existing commodity, Parmigiani developed an entirely unique mechanism for the Type 390, and built an equally unique case to go around it. Even more advanced than the Type 370 that accompanied the Veyron, the new 390 features a tourbillon movement – that most complicated (and expensive) of watchmaking complications that a Bugatti owner might come to take for granted. But that's just the starting point.

It also features a horizontal cylindrical mechanism composed of two barrels that do most of the work, “transmitted” to the hands on the skeleton dial through three planetary gear trains in an arrangement entirely unique to watchmaking. It encompasses nine of the world's smallest ball bearings, measuring just 1.28 millimeters across and including a dozen ceramic balls each just 0.2 mm in diameter.

Four common components typically found in mechanical watches – namely the settling lever, jumper, yoke, and yoke spring – have been replaced by a single rod clamp. It even has a torque limiter to keep the manual mechanism from being over-wound.

It also features an 80-power reserve, which means that it can sit untouched for over three days and still be keeping time. Oh, and it's water-resistant to 100 feet, as if anyone's going to taking this watch swimming (much less diving). We could go on and on – the watch has 302 individual components – but we think you get the point by now.

The angled movement is enshrined in an articulated case made of 18-karat rose or white gold, secured by a black alligator wrist strap furnished by Hermès. Parmigiani will only build ten examples, which means that 490 Chiron owners will have to make do with a lesser wristwatch – and trust us when we say that just about any other watch would be considered “lesser.” 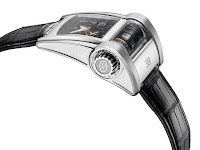 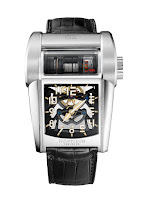