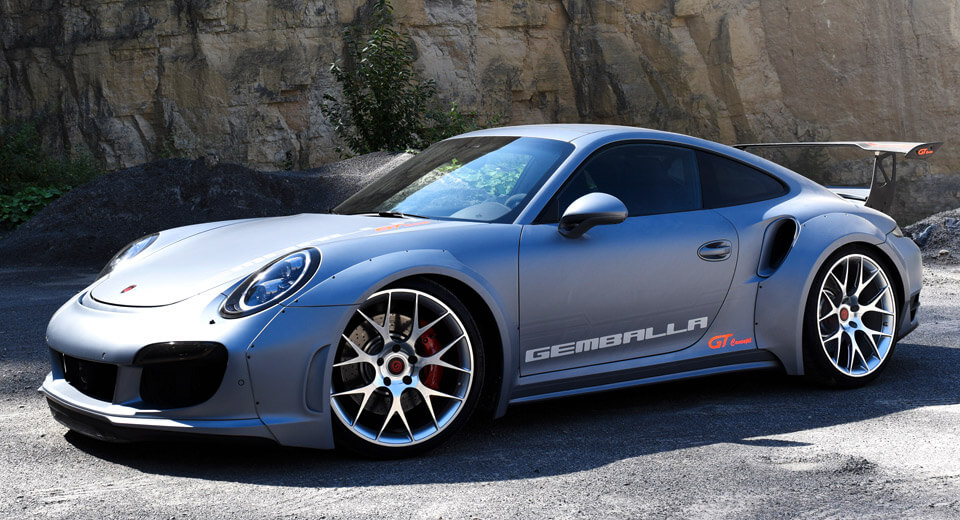 Do you think the Porsche 911 Turbo is a capable driving tool? Well it is. Immensely capable, in fact. But in typical fashion, Gemballa is taking it even further.

At the SEMA show this year, the German tuner is presenting the Gemballa GT Concept, based on the 911 Turbo but tuned up to 828 horsepower instead of the standard 540.

To squeeze out that much power from the 3.8-liter twin-turbo flat-six, Gemballa has replaced the intake manifolds, cylinder heads, valves, air filters, connecting rods, turbochargers, exhaust system, and more. Much, much more.

Gemballa's also fitted a full aero kit, complete with a new front bumper, splitter, side skirts, fender flares, rear bumper, diffuser, wing, and engine bay cover – much of it made out of carbon fiber. It all sits on a set of 21-inch forged alloys – over a foot wide at the back – packing 380-mm discs with six-pot calipers at the front and 360-mm discs with four-pot calipers at the back.