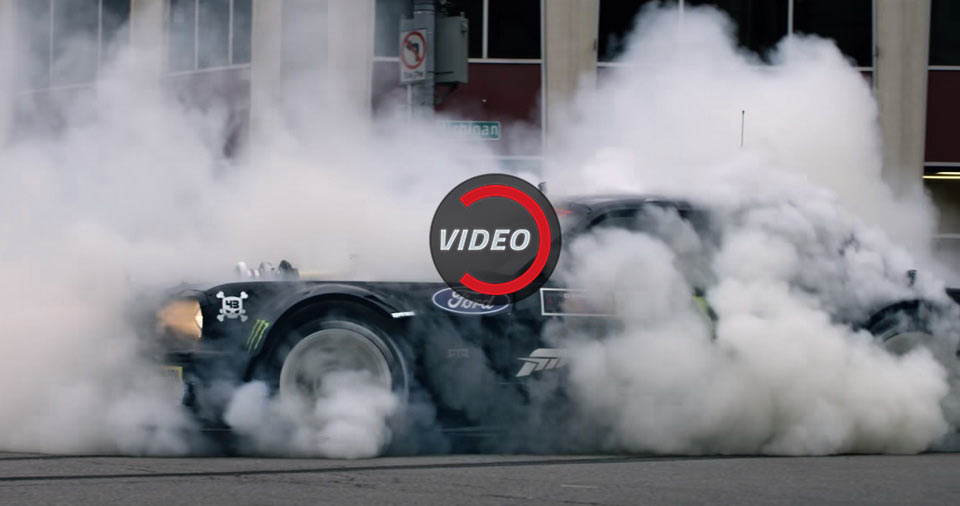 The first trailer of the upcoming tenth installment of the Gymkhana series is here, revealing Ken Block’s ambition to give us the biggest and most impressive stunt-related film yet.

Along with the trailer also came the announcement of an Amazon Original Unscripted Series ending with the release of GymkhanaTEN. The series will be called “The Gymkhana Files” and will offer a behind-the-scenes look on the biggest-to-date Gymkhana film, along with features on the previous nine films and more.

Unlike the previous installments, the tenth Gymkhana will feature five all-wheel drive Fords, including an all-new custom creation that’s been teased briefly on the video below and looks like a classic F-Series pickup truck with a twin-turbo setup.

“I've always taken great pride at being on the leading edge of creating content, as well as viral marketing and in figuring out the best ways to get that content into the hands of fans and consumers,” said Ken Block.

“Amazon is very similar in their approach to what they've done over the years and I think that together we're going to create some amazing programming that really gives fans and viewers insight into not just my world, but the inner workings of my Gymkhana films and at the end of it all, the fans get to watch GymkhanaTEN during the final episode.”