Jalopnik Has A New TV Show Called Car Vs. America Coming To Fusion 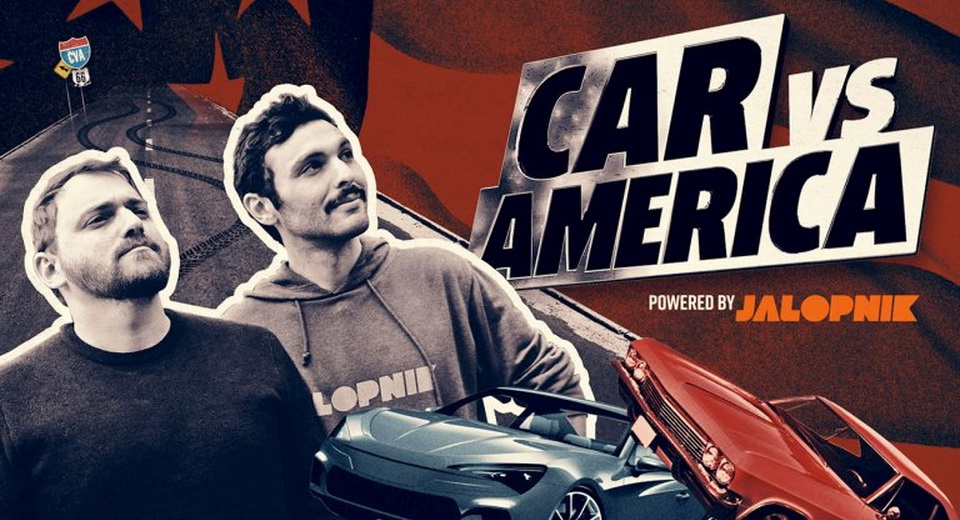 Our comrades over at Jalopnik decided to leave their keyboards for a moment in order to stand in front of a camera for the needs of their new TV show called Car Vs. America.

Car Vs. America is described as a road-trip TV series aiming to explore car culture around America, using the most interesting and questionable cars in Jalopnik fashion.

Mike Ballaban and Raphael Orlove will travel throughout the country to meet with true car people and share their stories, including learning how to drift or how to become a rally driver and even hang out with the grandsons of Preston Tucker.

We had to chance to pop some questions to Jalopnik’s head honcho Patrick George about the new show, so here it goes:


CS: How did you come up with the name "Car Vs. America"?

PG: The show's name went through a few different iterations, including "Bad Trip" and "Driving Ms. America." I think our network liked Car vs. America best, and I think it's the strongest way to sum up what we're trying to do here. Which is...

CS: What’s different about Car Vs. America and who should watch it?

PG: Jalopnik has long wanted to do a car show, but we desperately wanted to avoid the traps that make most car shows so bad: the artificial deadlines, the same boring people, too much focus on machines over interesting people, etc. We wanted to use fun cars to show what car culture looks like in America today, and meet the people who make it happen.

People should watch the show if they want something different. In addition to driving stuff like a 1970s Buick Electra, a JDM Toyota MR2, a Mazda 626 race car and the new Mustang GT350R, they get to meet skid plate racers in North Carolina, off-roaders in Pennsylvania, the grandsons of Preston Tucker, stance fans at H2Oi, and even the people working on autonomous cars.

CS: You said you're on a "cosmically lower budget than The Grand Tour". What does that mean for viewers?

PG: I think that budget gave us a chance to be us—honest, grassroots and for the people. We're not fancy at Jalopnik. Let the guys at Top Gear drive the Bugattis and Ferraris. We like the weird old interesting stuff.

CS: What beverage would you advise we drink while watching Car Vs. America?

PG: A tall glass of Jalopnik®-brand Brefass Scotch, soon as Jason gets his distillery licensed again!

CS: Give us some examples of the vehicles you’d like to test on Car Vs America

PG: If we do this in the future, and we hope to, I want us to keep the car selection weird! And interesting!

Car Vs. America debuts on Fusion TV on Wednesday, October 18.