Mazda Team Joest Gets Down To Work On Track 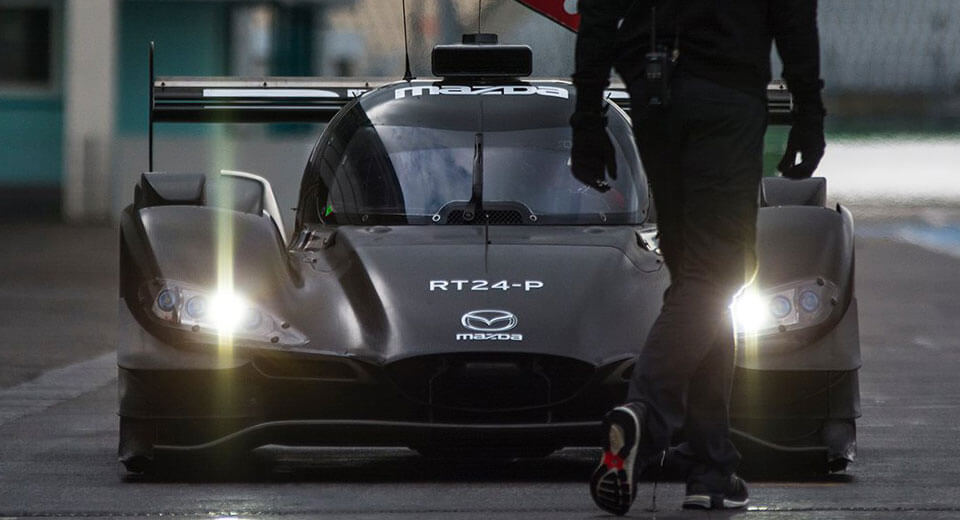 With Audi long one and Porsche on its way out, fans of endurance prototype racing may be disappointed in following the 24 Hours of Le Mans and the broader FIA World Endurance Championship next season. But while things are winding down in Europe, they're just starting to heat up in America.

The Prototype class in the IMSA WeatherTech SportsCar Championship next season will be hotly contested by the likes of Acura (which is returning to the fore with Team Penske next season) and Cadillac (surely keen to defend its titles). But they'll both be watching be watching out for Mazda Team Joest.

The new partnership announced just months ago brings the Japanese automaker (still the only one to have ever won Le Mans) together with Joest Racing, the team responsible for eight of Audi's victories there and four of Porsche's.

That's a compelling track record which Joest will be bringing to the IMSA series next year, and to gear up, the team has been hitting the track with the revised 2018 Mazda RT24-P DPi prototype. Built by Multimatic, underpinning by Riley, powered by Mazda, and fielded by Joest, the prototype has already begun its shakedown testing at Hockenheim in Germany and Donington Park in the UK.

If everything goes smoothly, Acura, Cadillac, and all the others could have some serious competition on their hands – and the fans a real spectacle to watch while the FIA and ACO try to figure out what to do on the other side of the Atlantic.