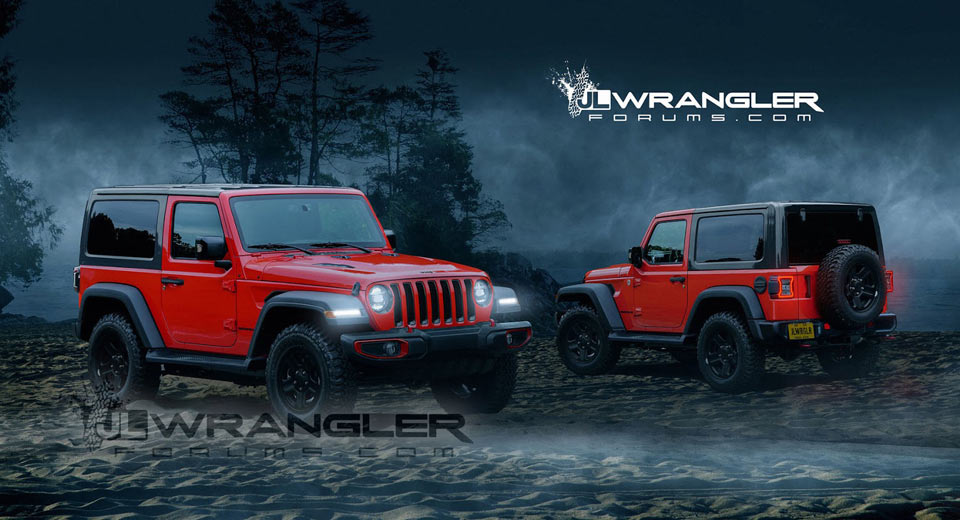 A leaked document has revealed that the new-generation Jeep Wrangler will initially be offered with a 3.6-liter V6 and a 2.0-liter turbo four when it lands in U.S. dealers in December.

Uncovered by the JL Wrangler Forums, the document was submitted by FCA to the NHTSA and confirms that the familiar Pentastar 3.6-liter V6 will deliver 285 hp. Despite being smaller in capacity, it is the 2.0-liter turbo four that will sit atop the range, pumping out an extremely healthy 368 hp - or so the document says, as we can't be sure if it's a typo.

Whereas the V6 of the new Wrangler will be essentially identical to the unit offered in the Chrysler Pacifica, Dodge Grand Caravan, Dodge Durango, Jeep Grand Cherokee and Jeep Journey, the 2.0-liter will be offered exclusively in the new Wrangler.

Additionally, the document states that the Wrangler will initially only be sold in four-door guise and offered as the Sport Unlimited, Sahara Unlimited and Rubicon Unlimited. While there is no mention of a two-door model, spy shots have confirmed that such a variant is being developed and is expected to debut shortly after the four-door.

The 2018 Jeep Wrangler will celebrate its public debut at the LA Auto Show.