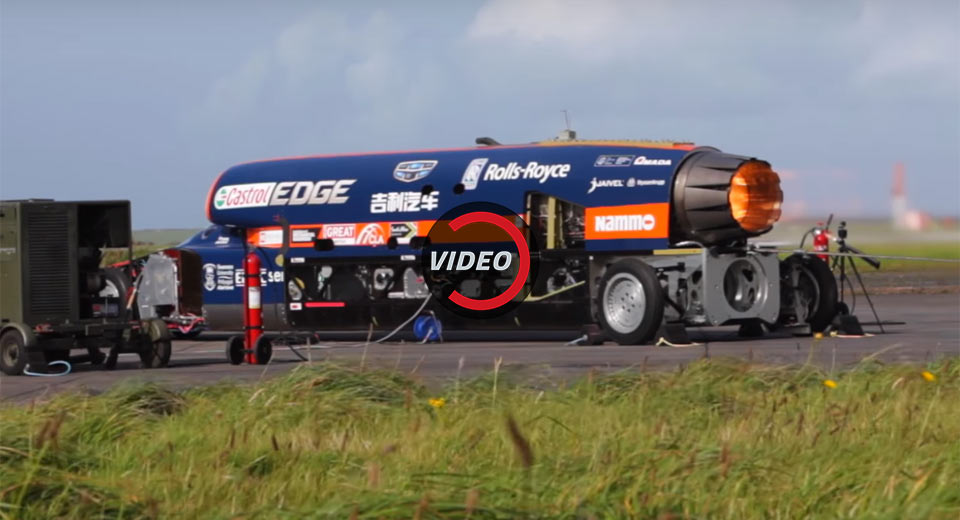 Progress continues to be made on the Bloodhound SSC land speed record car with the company releasing a brief video showing its hugely-powered jet engine in action.

Driver Andy Green was behind the wheel at the time of the test, throttling the engine and ensuring that it is functioning as intended. Everything went swimmingly with the team saying the EJ200 engine provided the expected thrust when the afterburner was deployed.

Thankfully, the land speed record car was anchored to something particularly sturdy at the Cornwall Airport Newquay, ensuring that it didn’t break free and accelerate down the runway at uncontrollable speeds. That would have been ugly.

The EJ200 jet engine of the Bloodhound SSC is sourced from a Eurofighter Typhoon. It will be paired with a custom Nammo rocket system and it is hoped the vehicle will exceed 1,000 mph (1,609 km/h), comfortably beating the current land speed record of 763 mph (1,227 km/h).