Cupra Reportedly Plans Coupe SUV, Could Be Named The Terramar 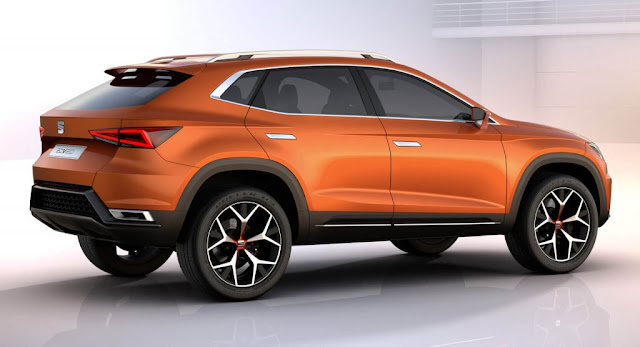 Seat’s taste for high-riding vehicles started with the presentation of the Ateca in early 2016. The compact SUV was then followed by the smaller Arona and, more recently, the larger Tarraco.

The Spanish car brand’s ambitions won’t stop here, however, as they’re also looking at introducing a coupe SUV. And, according to AutoExpress, they have trademarked the Terramar moniker, which could be used in the production version.

Autodromo de Sitges-Terramar is a former racing track located near Barcelona, built in the 1920s. It’s also where Seat hosted the launch event of the Cupra brand earlier this year. Thus, the Terramar is consistent with Seat’s naming policy, which takes inspiration from the Spanish geography. Also, it’s relatively easy to pronounce in different languages.

Seat already confirmed a “CUV”, which “will be Leon-sized”, according to R&D boss, Dr. Matthias Rabe. The official referred to it as “quite high, coupe-like and quite sporty”, which “works very well as a Cupra” and “fits perfectly”. So, if the Terramar is this model, it would slot in their lineup between the Ateca and the Tarraco.

However, the British publication reports it will be a coupe version of the latter, inspired by the 20v20 Concept presented at the Geneva Motor Show in 2015. It is said to launch as a Cupra first, with more than 300 horsepower channeled to both axles through a dual-clutch automatic transmission. A small electric motor might also be used for a mild hybrid powertrain.

Possibly following the Cupra Terramar, around 18 to 24 months later, will be the Seat versions. These will reportedly make use of petrol and diesel engines, but hybrid variants are also being considered.
Tags : Cupra, Hybrids, PHEV, Reports, SEAT, SUV,
Share to: