Porsche 918 Spyder And 911 R Play Around At Californian Circuit 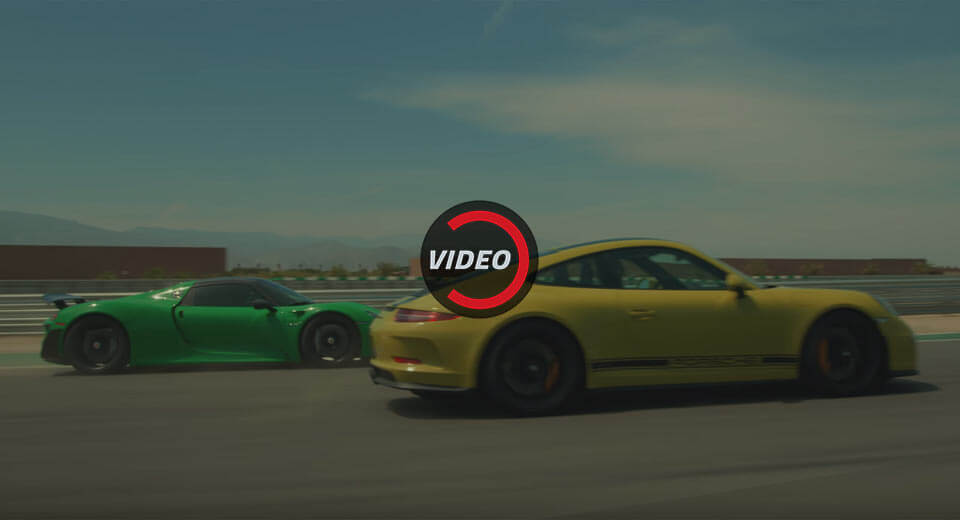 The Porsche 918 Spyder and 911 R differ in a multitude of ways but they share the very finest of Porsche’s motorsport DNA.

As we know, the 918 Spyder is one of the fastest production cars of the past decade and uses a 4.6-liter V8 alongside two electric motors to pump out 887 hp. Before the Lamborghini Huracan Performante and Porsche 911 GT2 RS came along, it was the fastest globally homologated production car to ever lap the Nurburgring.

By comparison, the 911 R is much simpler and receives power from a naturally-aspirated six-cylinder engine. All 500 horses are funneled to the rear wheels courtesy of a six-speed manual transmission, making the 911 R an incredibly involving car to drive.

To celebrate both of these modern icons, HRE Wheels headed to The Thermal Club, a private motorsports facility in California and captured some seductive footage of the pair.

If, after watching this video, you don’t add the 918 and 911 R to your bucket list of driving experiences, there’s definitely something wrong with you.