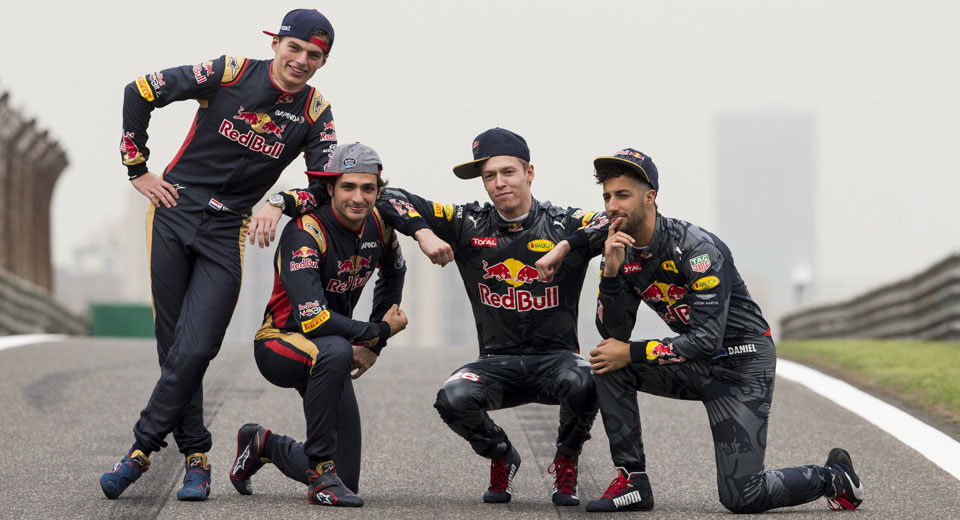 The roster of drivers in Formula One may be in for a big shakeup over the next couple of years. But as far as Red Bull is concerned, it would like to keep both its drivers in place for at least another few years.

Team principal Christian Horner told Autosport that Ricciardo is “technically out of contract at the end of 2018 because he will have completed a five-year contract. But what is absolutely clear is that it's our intention to retain both of our drivers, I would say until 2020."

Ricciardo started out with Toro Rosso in 2012, having previously won the British Formula 3 and Formula Renault 2.0 championships. He moved up to the Red Bull Racing team in 2014, and has stayed there ever since, winning five grands prix to date.

Verstappen similarly debuted with Toro Rosso 2015 and graduated to the A-team the following season, switching places with Daniil Kvyat and winning two grands prix so far.

Though Red Bull has been known to pay its drivers less than other front-running teams, both Ricciardo and Verstappen are likely to stay in place for at least another season or two – especially with Mercedes and Ferrari ostensibly satisfied with their lineups and in no rush to replace either Hamilton, Bottas, Vettel, or Raikkonen.

If Ricciardo or Verstappen do find greener pastures elsewhere, Red Bull could call Carlos Sainz back in from its loan to Renault. "Carlos, I wanted to keep under contract as an option should one of the [existing] drivers past next year not be with us," said Horner. "But the absolute intention is we want Ricciardo and Verstappen in Red Bull Racing cars going forward.”

Things are far less certain at the B-squad, where Toro Rosso team principal Franz Tost said it's too early to confirm either Pierre Gasly or Daniil Kvyat even for next season.

"So far, next year is open," Tost said to Autosport. "There are always options, but the question is whether you stick to a philosophy or not, and the philosophy of Toro Rosso is always run Red Bull drivers. The drivers in the end are being decided by Red Bull."