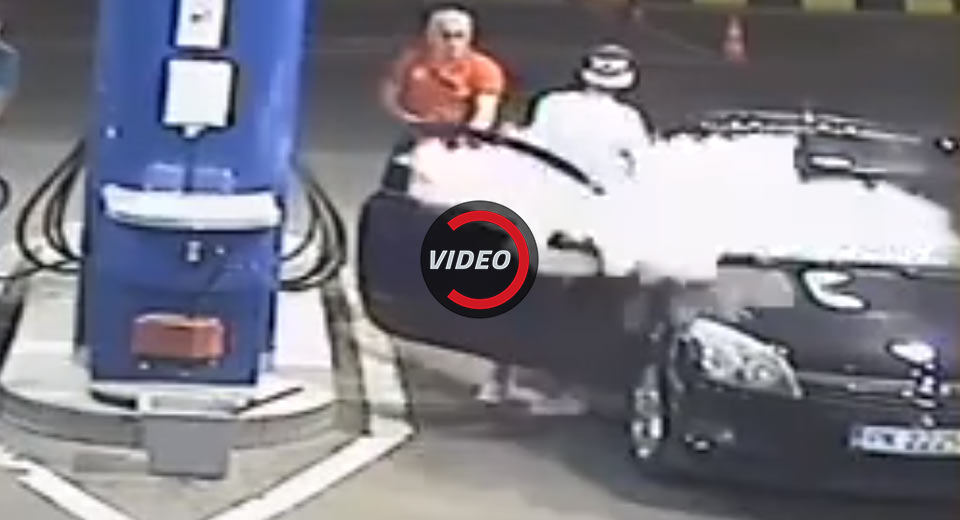 Smoking directly next to a fuel pump is never a good idea and if you do it, you probably deserve a Darwin Award.

In Bulgaria recently, the passenger of an Opel Astra thought it’d be alright to continue smoking as he pulled up next to a pump. Before long, security camera footage shows a gas station worker coming into view, desperately trying to convince the man to stop smoking.

However, a Carscoops reader tells us that the passenger refused, prompting the worker to unhook a fire extinguisher and spray the passenger to avert a catastrophe.

Despite the worker potentially saving his life, the smoker doesn’t seem all that happy with the worker’s actions, getting into a fierce argument with him shortly after.

Local media publications swiftly caught on to the story with Zapernik reporting that police have launched an investigation into the incident.