Toyota Concept-i Expands Into A Series Of Artificially Intelligent EVs 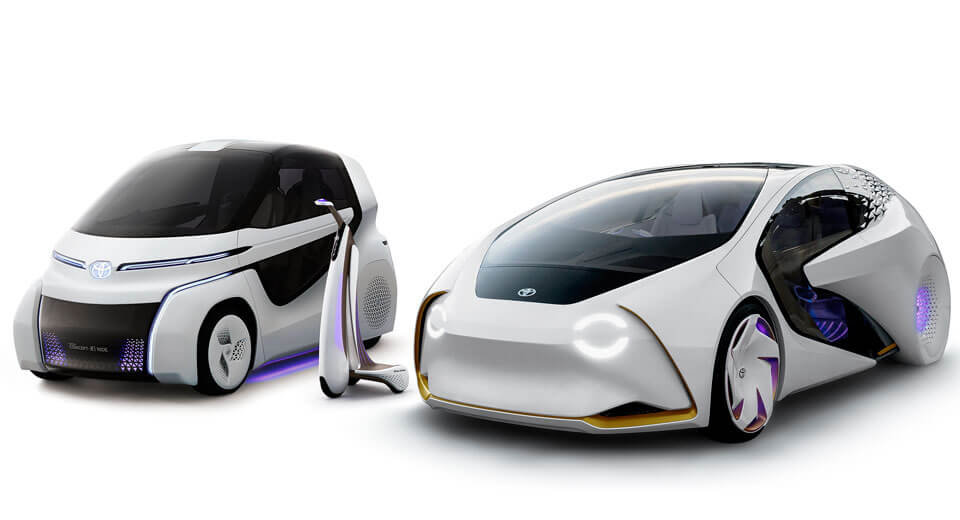 For the Tokyo Motor Show this year, Toyota has revealed another concept car – or series, we should say, because there's actually several individual vehicles that go together.

One of them we've already seen in the form of the Concept-i revealed at SEMA earlier this year. But that futuristic four-seater is now joined by two more to form the Concept-i Series.

The principal new addition is the Concept-i Ride, an urban commuter vehicle sized somewhere in between a Smart Fortwo and Renault Twizy, and looking like something out of Tron or Robocop. The Concept-i Ride features gullwing doors that open to access a central seat with joystick controllers. The seat can slide sideways to accommodate another seat positioned aft, and is designed for wheelchair users right out the box.

Like the larger, earlier Concept-i, the Ride uses artificial intelligence to provide a more enjoyable and secure transportation experience, whether that's delivered as an active driver or a passive occupant under automated driving. Toyota hasn't detailed the electric powertrain, but says it could travel for between 100 and 150 kilometers (62-93 miles) on a charge.

The four-wheeled vehicle is joined as well by the (somewhat ironically named) Concept-i Walk – a Segway-style scooter for use in pedestrian spaces. It's built around a three-wheel layout, with a front wheel extending for higher speeds. The Concept i-Walk employs active electronic safety systems to avoid obstacles, can turn around in a space shorter than its own length, and can cruise for 10-20 km (6.2-12.4 miles).

They'll both be displayed at the Tokyo expo alongside the aforementioned Concept-i and a slew of other Toyota show cars, including the Tj Cruiser, GR HV, and Crown concepts, as well as the Century limousine. At this rate, we won't be surprised to see another debut or two emerge between now and the show's opening on October 25.