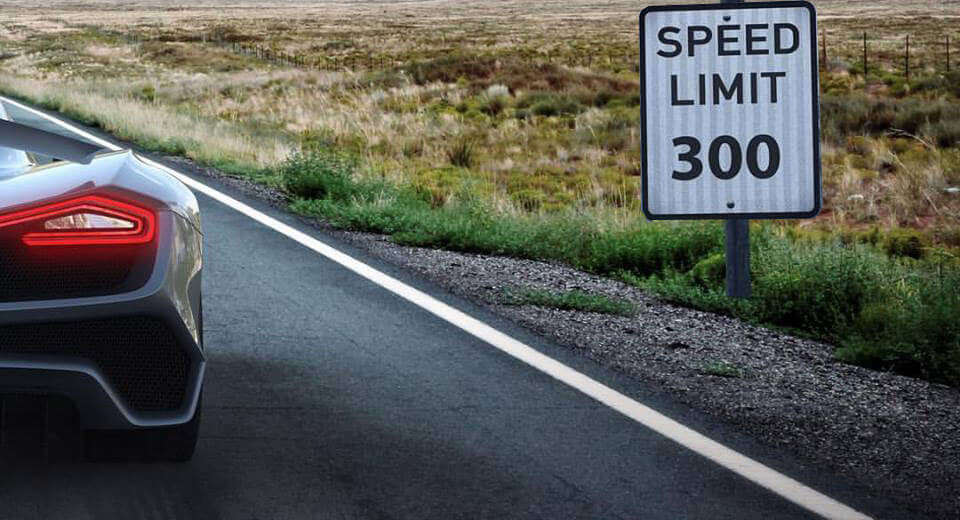 Hennessey Performance has dropped an intriguing teaser image of the Venom F5, perhaps indicating that the hypercar will hit 300 mph (482 km/h).

The picture shows the corner of the yet-to-be-released hypercar, as well as a road sign, prominently reading 300, making the company’s intentions abundantly clear.

Although the Bugatti Chiron is yet to claim the title as the world’s fastest production car, it is tipped to do so sometime next year. However, the French automaker has admitted the Chiron won’t do 300 mph, simply because there aren’t any street legal tires capable of achieving such speeds safely while still surviving daily road abuse.

Nevertheless, Hennessey will look to push the boundaries, perhaps with a set of tires that can sustain such high speeds during a single run but aren’t capable of prolonged use.

Either way, the Texas tuner has previously confirmed that the Venom F5 will be built from the ground-up, be street legal and have approximately 1,500 hp. 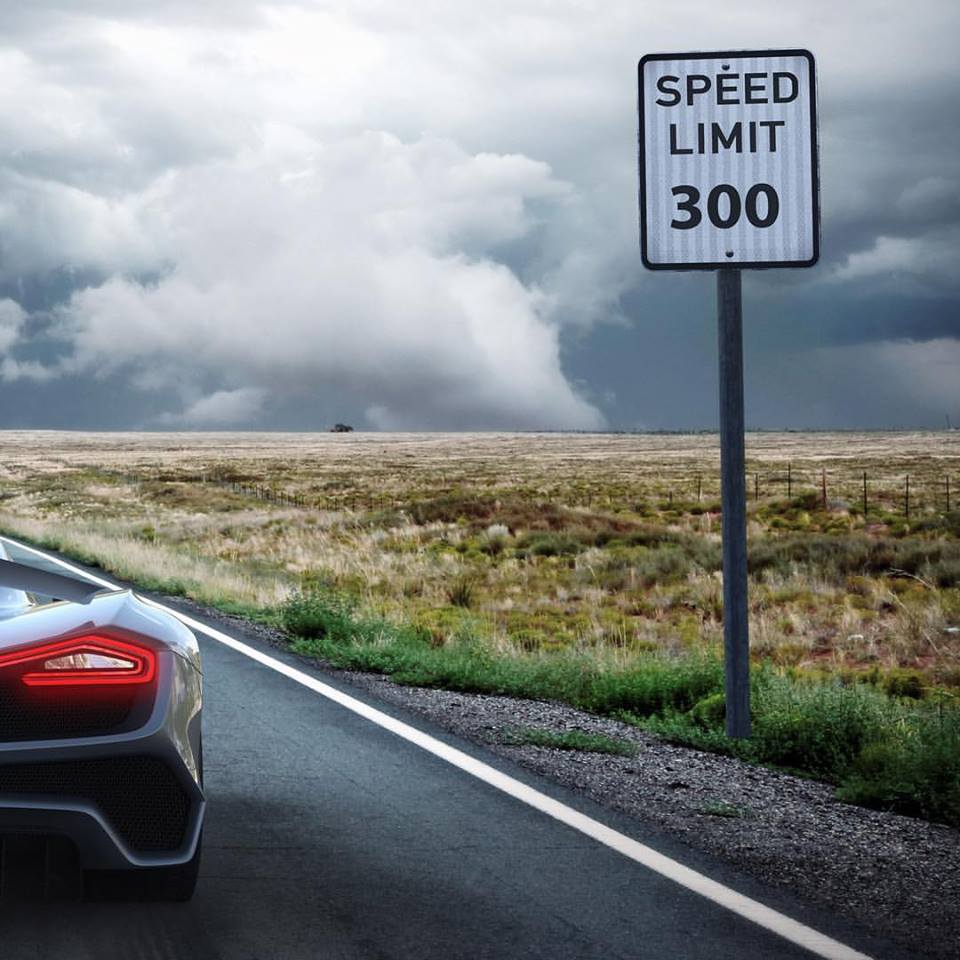