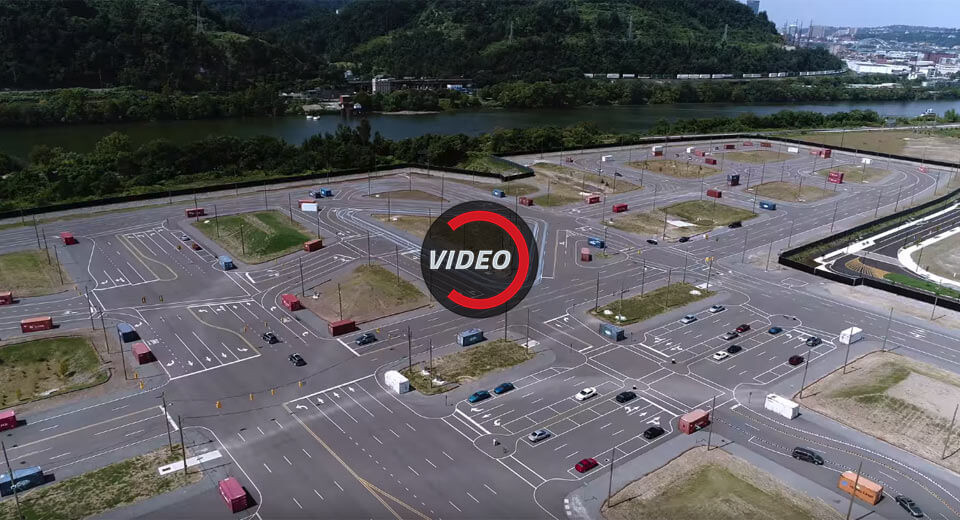 Ride-hailing giant Uber has created a fake city in order to test its self-driving vehicles.

Located in Pittsburgh and dubbed ALMONO, the facility is a mish-mash of roadways, complicated intersections, fake cars and unpredictable pedestrians, all designed to rigorously test Uber’s autonomous vehicle software.

ALMONO currently occupies an 11,000-square foot slab of land along the Monongahela River and Uber wants to expand its fake city by an additional 13,000 square-feet.

Among the most challenging parts of the city include fake pedestrians which can unexpectedly cross the street and prop vehicles driving dangerously. Uber says it is simulating scenarios far more complex than those a self-driving vehicle will encounter on public roads.

“We have obstacles and mannequins that move and can cross the street in front of the car. We have prop vehicles zooming around. In most situations, we simulate those in such a way that they’re worse than anything you would see out on public roads,” Uber vehicle operator Rick McKahan said.

It is not only the Uber vehicles which must prove their abilities in the city before hitting public streets. Hundreds of vehicle operators are required to complete a selection of written assessments and tests on the ALMONO track before they can monitor the cars in the real world.