Yamaha has brought an array of vehicles to the Tokyo Motor Show this year, with a varying wheel-count – but this may be the most impressive of them all.

It's called the Motoroid concept, and it's about as autonomous a motorcycle as we've seen yet.

The project grew out of the new Innovation Center that Yamaha opened at the end of last year, bringing designers and engineers together under one roof to see what they'd come up with. The Motoroid is their answer.

For starters, the slim bike is entirely electric, with hub motor in the rear wheel (not in the body), juiced by a lithium-ion battery pack. The impressive part, however, stems from its Artificial Intelligence system, which can recognize the rider and his (or her) commands, rise up from its kick-stand, wheel over to the rider, and take him for a ride.

Instead of relying on the rider's skills and athleticism, the 470-pound bike reads his input biometrically from an array of sensors and does the work for him.

It's an impressive project, and the concept bike shows the scars from its development (instead of the usual polished appearance of a concept vehicle) – right down to the bald tires. It may be a while before a concept like this can be put out on the road, but it's interesting to see that Yamaha is working on it. 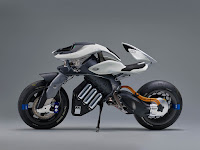 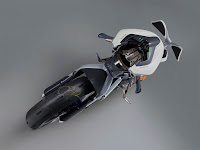 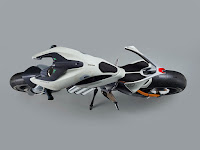 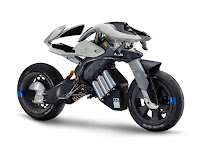