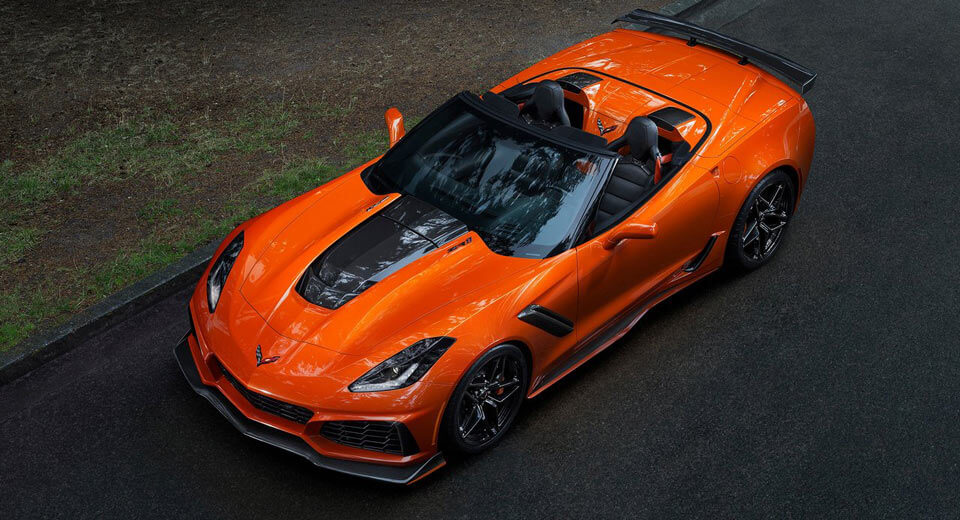 Barely two weeks after premiering the 2019 Chevrolet Corvette ZR1, the American automaker has surprised many be unveiling the new Corvette ZR1 Convertible at the LA Auto Show.

Beneath the skin, the ZR1 Convertible is powered by the same LT5 6.2-liter supercharged V8 engine as the coupe, therefore delivering an identical 755 hp and 715 lb-ft of torque. This will allow the car to accelerate from naught to 60 mph (96 km/h) in under 3 seconds and complete the quarter mile in the high 10-second range.

Chevrolet hasn’t produced a ZR1 Convertible since the original model premiered in 1970. Clearly eager to ensure the car has been worth the weight, Chevrolet has ensured that it’s only 60 lbs (27 kg) heavier than the hardtop. Thanks to the supercar’s rigid structure, the ZR1 Convertible promises handling to rival its sibling.

“The ZR1 convertible is a no-compromise supercar. Thanks to the strong structure, the suspension tuning between coupe and convertible models is identical, meaning the ZR1 convertible offers the same benchmark performance, including a top speed of over 200 mph,” said Corvette executive chief engineer Tadge Juechter.

Like the coupe, the 2019 Corvette ZR1 Convertible can be equipped with the $2,995 ZTK Performance Package, adding a large rear wing, front splitter, Michelin Pilot Sport Cup 2 tires and Magnetic Ride control suspension. The car produces up to 950 lbs of downforce.