Ford Puts On An Unrivalled Display At SEMA 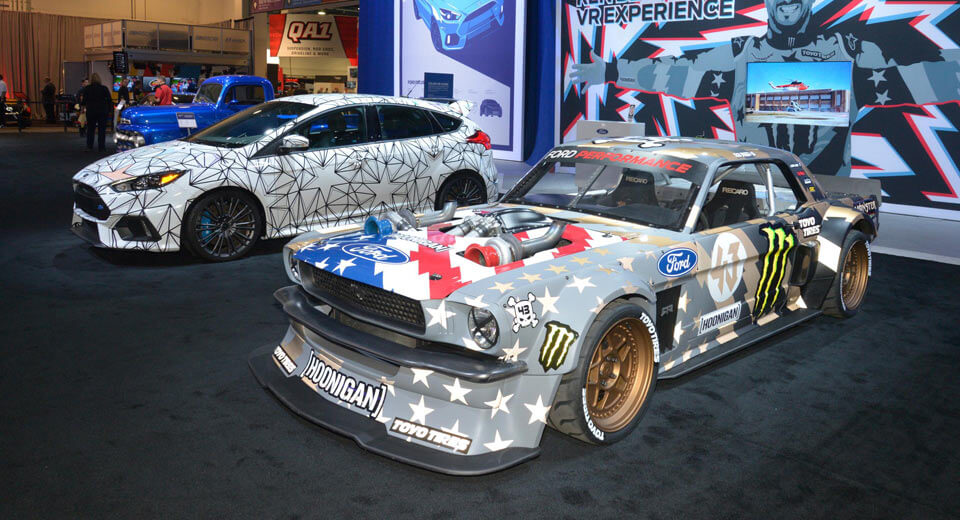 In recent years, the SEMA Show, held annually in Las Vegas, Nevada, has become an increasingly important event for carmakers to show off their latest vehicles and dabble into the depths of the aftermarket world. Case in point, Ford’s huge booth at this year’s show.

Front and center at the display is Ken Block’s crazy 1400 hp Ford Mustang Hoonicorn V2, complete with an all-American livery and turning heads from every angle.

Alongside Block’s Mustang are a host of heavily-modified Ford Focus RS models which clearly show that the brand is more than happy for its owners to customize their rides. Our personal favorite comes courtesy of VMP Performance and features a matte black exterior alongside a carbon fiber hood, front splitter, and rear diffuser. Additionally, its engine has been fitted with a carbon fiber cold air intake, a high-performance intercooler, and a cat-back exhaust.

Beyond the variety of hot hatches being displayed by Ford, there are also a number of crazy Ford F-Series vehicles, none more wild than the F-350 Recon Adventure dubbed “The Operator”. Built by LGE-CTS Motorsports, it adopts a host of modifications and can carry a large ATV with ease.

For those supercar fans, Ford has also presented the 2018 GT ’67 Heritage Edition at the show and put it on display alongside the No. 1 Ford GT40 Mark IV that won the 24 Hours of Le Mans in 1967.