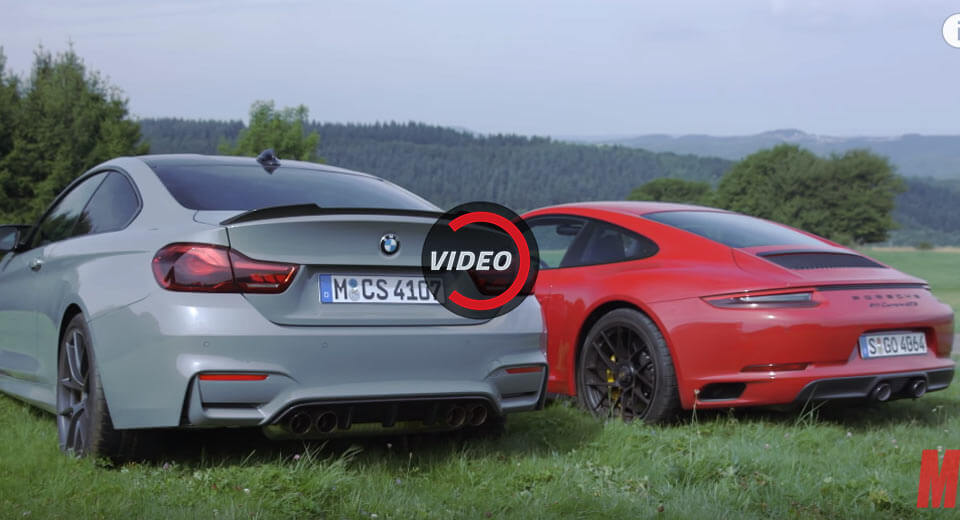 If you were to forget the truly absurd price of the BMW M4 GTS, the hardcore M division product could be considered an impressive sports car. However, with its price rivaling that of the Porsche 911 GT3 RS, it simply doesn�t make sense to anyone but the BMW faithful.

Fortunately for those in the market for a two-door, German sports car wanting more performance than a standard M4, the recently-released CS is a new option.

Designed to slot between the M4 Competition and the M4 GTS, the M4 CS delivers 454 hp from its twin-turbo 3.0-liter six-cylinder engine and features numerous suspension tweaks and weight-saving measures to distinguish itself from lesser variants. Are these modifications enough to allow it to rival the mighty Porsche 911 GTS?

Jonny Lieberman and Jethro Bovingdon from Motor Trend headed to Germany to pit the two against each other. In the process, the duo tackled the Autobahn and Nurburgring to fully explore what these two sports cars are capable of.

Which do you think will come out victorious?