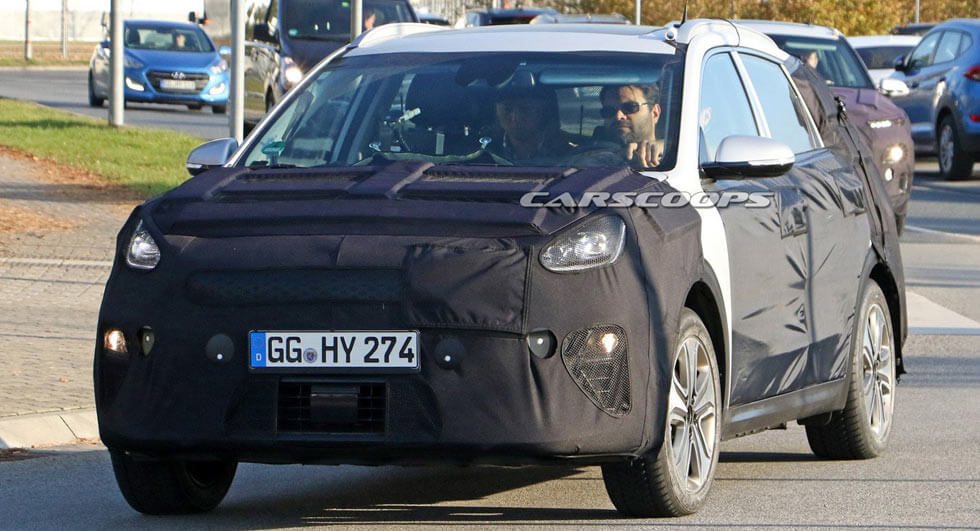 The Kia Niro has been a surprise hit for the company as it has been outselling the Hyundai Ioniq by nearly 3 to 1 in the United States. The crossover's appeal is expected to grow in the future as Kia is putting the finishing touches on the Niro EV.

Set to debut early next year, the Niro EV closely resembles the standard model but it has apparently been equipped with a unique front fascia and repositioned fog lights. The model also appears to have a modified rear bumper but it's hard to be certain underneath all that camouflage. Of course, one of the more noticeable changes is the revised grille which features a charging port.

Little is known about the model but previous reports have suggested the Niro will borrow its powertrain from the Ioniq Electric. The latter vehicle features an electric motor that develops 118 hp (88 kW) and 218 lb-ft (295 Nm) of torque. It is powered by a 28 kWh battery which enables the car to have an EPA-estimated range of 124 miles (199 km).

However, it is interesting to note the vehicle was spied testing alongside the Kona EV which is slated to debut next year with a range in excess of 240 miles (386 km).