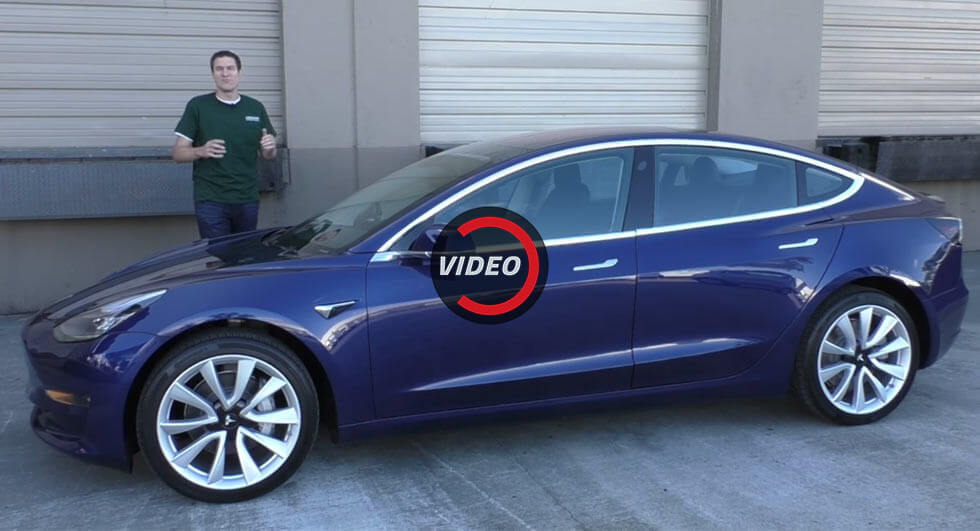 The Tesla Model 3 is one of the most highly sought after vehicles even though it only costs $35,000 before incentives. The company is still in "production hell" and is only building several hundred a month so reviews have been few and far between.

That's changing today as Doug DeMuro has released a new video where he calls the Model 3 the coolest car of the year. That's a pretty bold statement but he does have a point by noting thousands of people lined up outside of dealerships to place their reservations similar to how people clamored over the latest iPhone.

In usual fashion, DeMuro highlight's the car quirks including its lack of a traditional key. Instead, the car senses your phone and unlocks as you approach it and locks as you walk away. Of course, the Model 3 also comes with a credit card-style key which allows friends and family members access to the vehicle without giving them your phone.

The car also has a pretty cool charging port which is integrated into the rear taillights. Other neat features include a "frunk," flush door handles, and a massive trunk with a mini skylight.

The interior is minimalistic as the dashboard is dominated by a strip of wood trim and a large infotainment system display which is impressively responsive. DeMuro goes on to note the rear seats are pretty roomy but the rear windows only roll down about half way. Other highlights include hidden climate control vents and a phone charging area below the infotainment screen.

When it comes time to drive the Model 3, DeMuro is impressed with the acceleration and responsive steering. He also says the ride quality is decent and there aren't any squeaks or rattles that would hint at quality problems. Of course, everything isn't perfect as DeMuro doesn't like that the speedometer and other gauges have been moved to the infotainment system.