Bob Lutz Thinks Cars Will Be Dead Within 20 Years 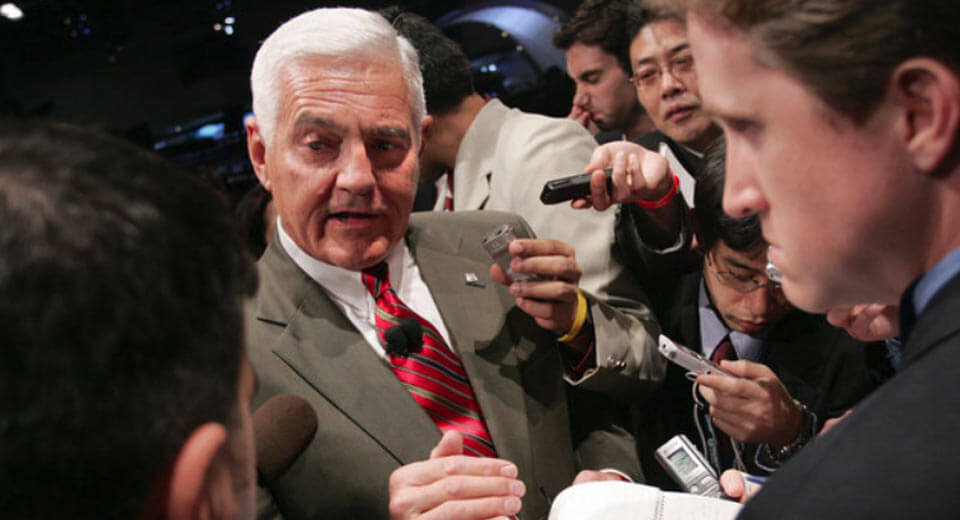 Former vice chairman of General Motors, Bob Lutz has a scary prediction for the automotive industry, claiming that it will be dead as we know it within 20 years.

The outspoken industry leader asserts in an Automotive News piece that the car will be killed off in the coming decades due to the arrival of fully-autonomous, standardized modules.

“The auto industry is on an accelerating change curve. For hundreds of years, the horse was the prime mover of humans and for the past 120 years it has been the automobile. Now we are approaching the end of the line for the automobile because travel will be in standardized modules,” Lutz said.

What’s more, Lutz claims that in the next 15 to 20 years, human-operated vehicles will be made illegal on public roads as the vast majority of people opt instead to use autonomous modules operated by transportation companies like Uber and Lyft.

Lutz’s disastrous outlook doesn’t stop there. He believes that traditional automakers will cease to exist in a couple of decades and that there will no longer be a demand for performance-oriented vehicles. Why? Well he claims that all ‘modules’ will operate at the same speeds and they’ll be no need to have anything faster.

In the future, Lutz believes that owning and using human-controlled vehicles will become an “elitist thing” and restricted to private country clubs and, potentially, public tracks.

As qualified as Lutz is to talk about the future of the automotive industry, we’re quite confident that none of the things he’s predicting will happen within 20 years. In 50 years? Maybe, but we certainly hope not.

Check out the link above to read Lutz’s entire article.

Note: 'The Float' concept from Renault pictured below.