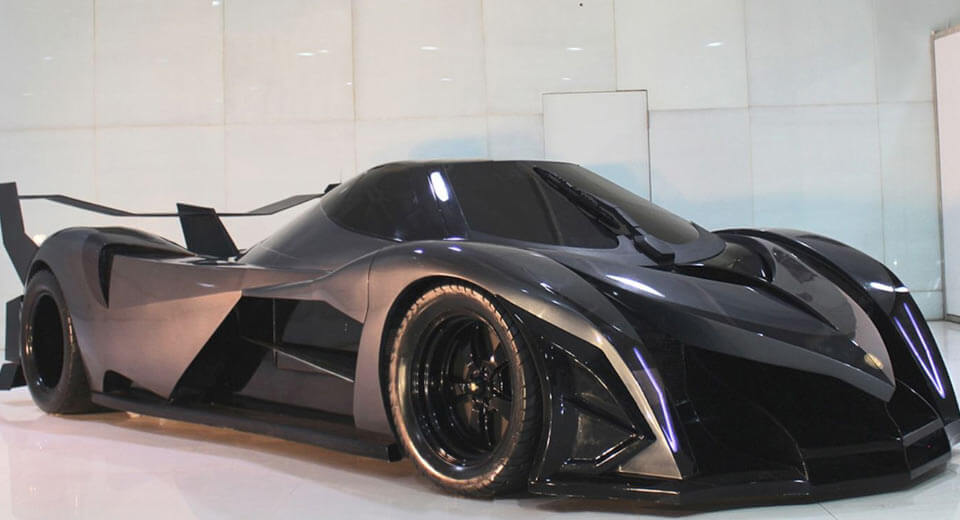 Shortly after we witnessed the Devel Sixteen’s quad-turbo V16 engine delivering 5007 hp on a dyno, it has emerged that the production-ready car could premiere at next week’s Dubai Motor Show.

In the four years since premiering as a concept in Dubai, most had thought the project was simply vaporware and would never see the light of day.

However, Road & Track reports that Devel is partnering with Italian manufacturing firm Manifattura Automobili Torino to make the Sixteen a production reality.

For those that don’t know, Manifatture Automobili Torino has been tasked with building both the Scuderia Cameron Glickenhaus SCG 003 and the new Apollo Intensa Emozione, therefore making it the prime candidate to bring Dubai’s craziest-ever car to the roads.

Now aware of how much power Steve Morris Engines has been able to extract from the powertrain, Devel still quotes the Sixteen as having over 5000 hp, or, as it describes it, “the power of ten supercars.” All this grunt will reportedly launch the hypercar to over 310 mph (500 km/h). Remarkably, Devel claims that the car will still be suitable as a daily driver.

Stay tuned for more about the car in the coming days.