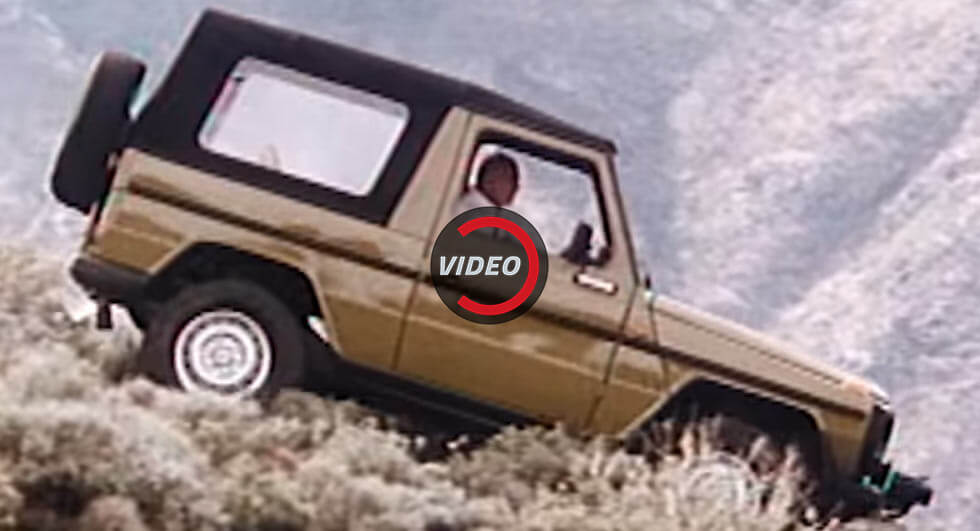 Mercedes is gearing up to introduce an all-new G-Class and the company is counting down to the event by revealing the SUV's 10 most memorable moments.

The first clip focuses on the original model which was introduced in 1979 but the story starts much earlier than that as development began in 1972. A year later, the company joined forces with Steyr-Daimler-Puch AG and agreed to jointly-develop a "light all-wheel drive off-roader for private use."

A number of different proposals were discussed but the companies eventually decided to create an SUV that embraced "reliability, robustness, and virtually limitless off-road ability." This probably caused engineers some sleepless nights as it meant the G-Class would need to have an all-synchromesh transfer case which could be engaged while moving and 100-percent differential locks instead of more traditional locking differentials. The companies were already envisioning a number of different body styles, so they decided to base the G-Class on ladder-type frame which could support multiple variants.

Mercedes presented a 1:1 wooden scale model in 1973 and began testing prototypes a year later. A second feasibility study was conducted in 1975 and the Shah of Iran, who was a major shareholder in Daimler-Benz, expressed interest in a military version. He ending up placing an order for 20,000 units, however the order was cancelled after the country's revolution. Despite this setback, governments took notice and soon began requesting the model for their own armies.

The G-Class went into production in 1979 and was initially available as a convertible with a short wheelbase or a station wagon with a short or long wheelbase. There was also a military variant with a long-wheelbase and a canvas roof. 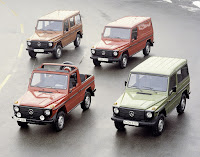