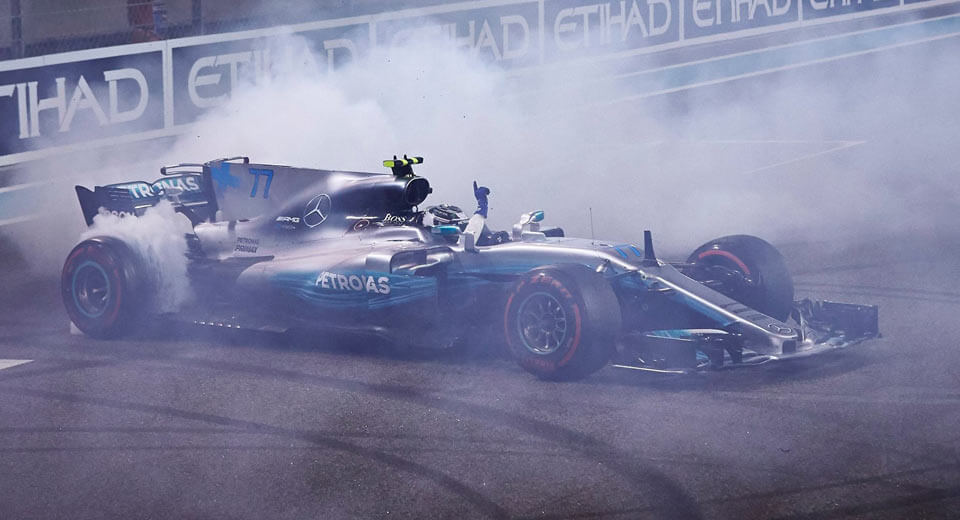 Valtteri Bottas has finished the 2017 F1 World Championship on a high after taking victory at the Abu Dhabi Grand Prix.

The Mercedes driver started the race from pole position ahead of his teammate Lewis Hamilton. After making a fantastic start, the Finn opened a crucial 2-second gap to Hamilton and throughout most of the race, this gap remained fairly consistent. Despite Hamilton�s best efforts, he was unable to overtake Bottas.

Further down the field, Sebastian Vettel, Daniel Ricciardo, and Kimi Raikkonen held third, fourth and fifth positions for most of the race. However, Ricciardo was forced to retire with a hydraulic issue, allowing Max Verstappen to inherent fifth place.

Speaking about the win, Bottas said it was hugely encouraging to finish the season in such dominant fashion.

�It�s a really important win for me. After having a pretty difficult start to the second half of the year, working hard on all of the issues and getting better and better with everything and this weekend just went all ... I couldn�t be happier than to end the season like this. I was third (in the championship) this year, hopefully better next year."