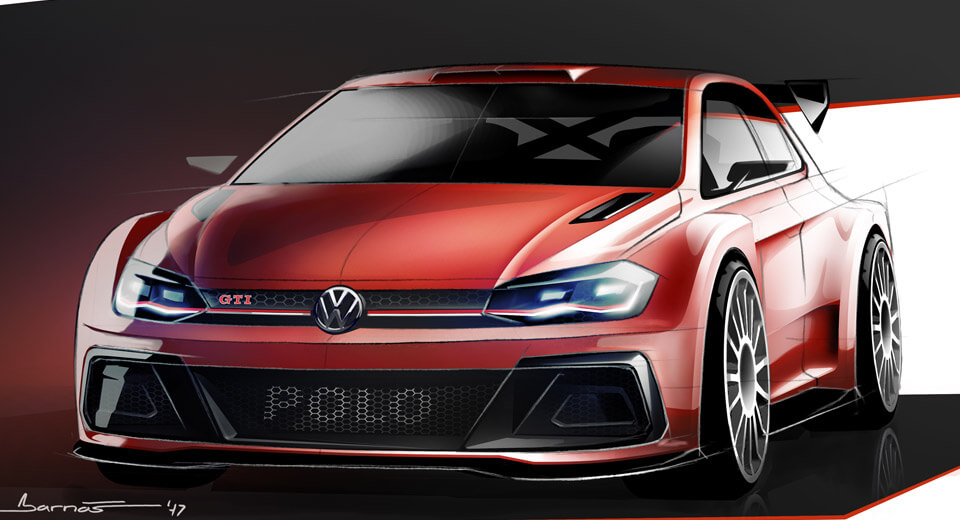 Volkswagen disappointed rally fans when it withdrew from the World Rally Championship at the end of last season. Now, less than a year later, the German automaker has announced its return to the rally scene, just in a very different capacity.

Instead of fielding its own Polo R WRC in the top-tier rally series, VW is preparing to offer another version of the Polo to customer teams.

Previewed for the first time in this teaser sketch, the new Polo GTI R5 is being built by the same people behind the previous version – including VW Motorsport technical director François-Xavier “FX” Demaison and Sebastien Ogier's race engineer Gerard-Jan de Jongh.

Full specifications haven't been announced, but the R5 is being based on the new Polo GTI with a turbocharged four-cylinder engine employing direct injection to channel 270 horsepower to all four wheels through a five-speed sequential gearbox.

“With the Polo GTI R5 we are hoping to transfer our expertise from four WRC titles to customer racing successfully, and offer a first-class racing machine for countless rally championships from national series to the WRC,” said Volkswagen Motorsport director Sven Smeets. “Before the first race outing next year, we will subject the Polo GTI R5 to rigorous testing to make sure it is prepared for the extremely varied track conditions around the world.”

Once it's released in the second half of next year, the Polo GTI R5 will join the Golf GTI TCR touring car in Volkswagen's growing customer racing portfolio. It's a well-trodden path for the VW Group, with other divisions offering customer racing cars like the Lamborghini Huracan GT3, Bentley Continental GT3, Audi RS3 LMS, Porsche Cayman GT4 Clubsport, Seat Leon Cup, and (most pertinently) the Skoda Fabia R5 that competes in the same class.