2007 Mercedes SLK55 Is The AMG Bargain You Were Looking For 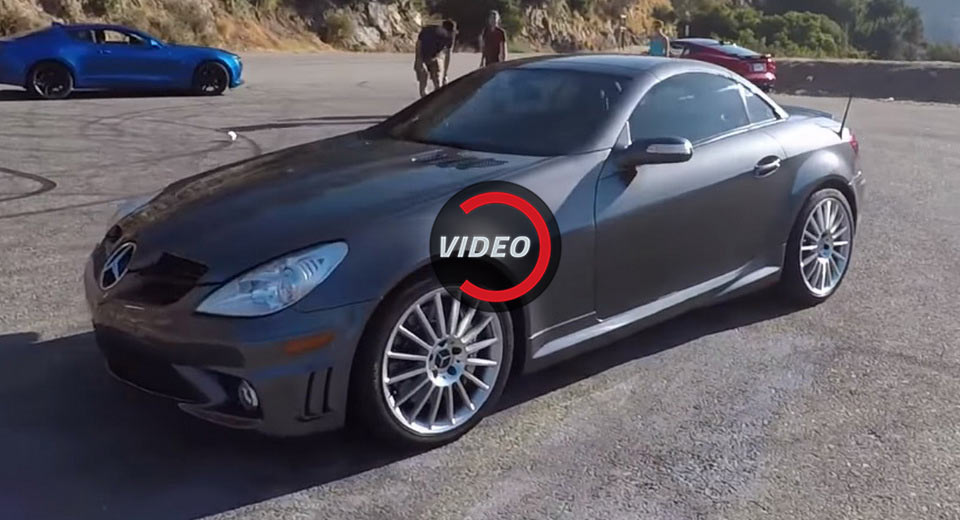 It�s not the most capable or the fastest of its generation but this 2007 Mercedes SLK55 still remains a sweet little hot rod, thanks to its handmade 5.5-liter V8.

The fact that the Mercedes SLK55 also comes with a retractable hard top also makes it more appealing as a road car, enabling that V8 to flood the cabin with the right noises.

The only transmission option was a seven-speed torque-converter automatic gearbox, which isn�t the most responsive one but suits well with the overall character of the Mercedes roadster.

Power is rated at 355hp which is enough to send the SLK to 62mph from a stop in 4.9 seconds as well as set on fire its rear tires in an instant as true AMGs always did. It�s not the precision tool many would want but as a road car, it�s a real peach.

Matt Farah samples one example in his latest One Take video so get ready for some lovely V8 songs.