$830k For A Mercedes-Maybach S600 Pullman Is Quite A Stretch 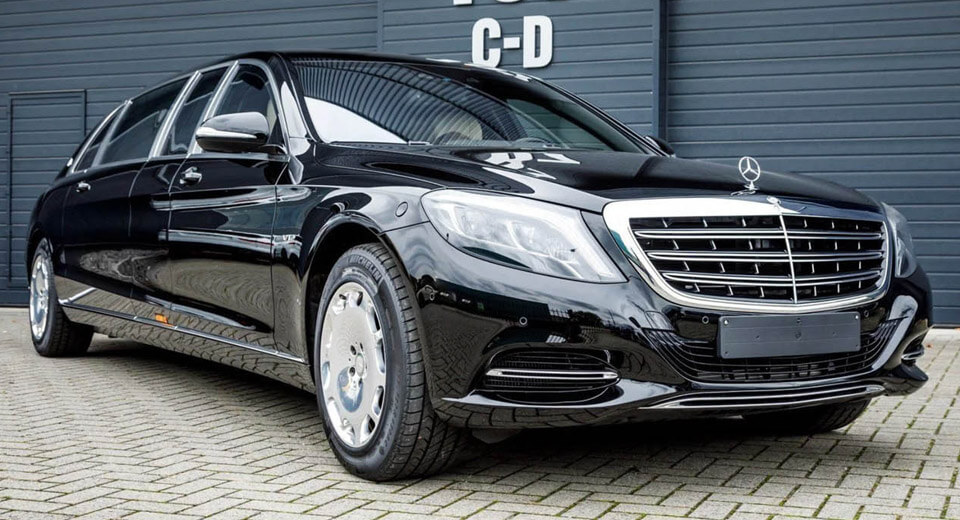 For most of us, a “regular” Mercedes-Benz S-Class would be more than sufficiently accommodating and luxurious. But that's just the starting point, as above the standard S-Class there is the Maybach version, and above that, the Pullman. And there just happens to be one up for sale.

Daimler's flagship sedan, the Mercedes-Maybach S600 Pullman measures over 21 feet long, making it longer than the extended-wheelbase versions of the Bentley Mulsanne and Rolls-Royce Phantom and putting it in the same league as the Mulliner Grand Limousine.

According to Carlink International, the Dutch dealer listing this example on JamesEdition, only six examples were made, and this is the only one currently available for sale. It's done up in black and sports a beige interior, with just about every option in the book thrown in. So, as you might have guessed, it's not exactly cheap.

The asking price of €697,480 works out to about $830k at current exchange rates. For that kind of scratch, you could just about get yourself a fleet of ten base S-Class sedans, or five “ordinary” Maybachs. For our part, we'd gladly take just one Maybach S-Class in which to be chauffeured around, and spend the rest on a supercar for the weekends. The truth is, though, that anyone who would even consider a limousine so opulent as this doesn't have to choose between one or the other...