Driver Does Donuts In Front Of Courthouse, Crashes And Promptly Gets Arrested 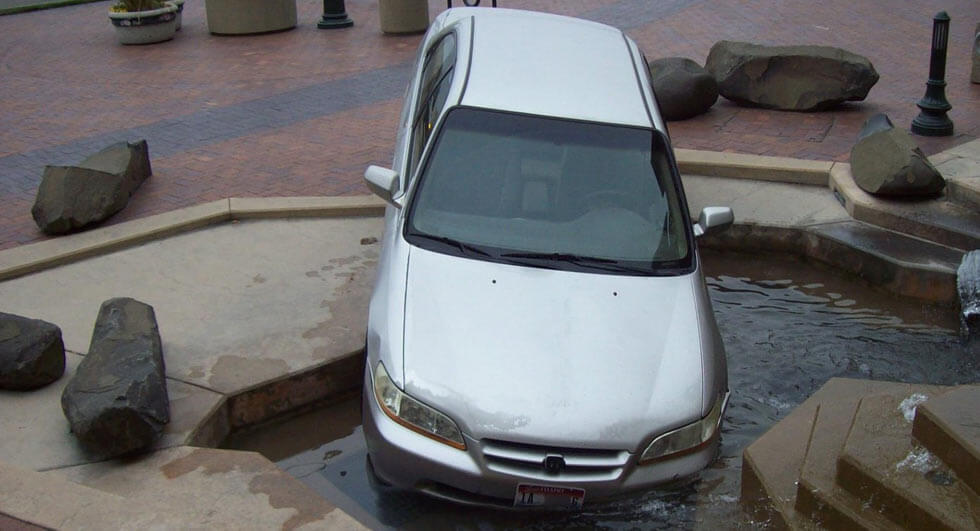 There is a saying that "there's no place like home" and for 37-year-old Jonathan Joseph Locksmith that apparently means the Ada County Jail in Boise, Idaho.

According to the Associated Press, Locksmith was upset with the court system and simply wanted to be arrested so he could return to jail. That's never a good sign but Locksmith thankfully avoided violence and decided to make his feelings known by doing donuts in front of the Ada County Courthouse last Sunday.

Unfortunately, Locksmith's driving skills were about as good as the 1990's Honda Accord he was driving. As a result, Locksmith crashed into the courthouse's fountain and received his wish to be arrested.

Locksmith is currently behind bars and is charged with misdemeanor reckless driving. Idaho law says people who are found guilty of reckless driving for the first time face a fine of up to a $1,000 and / or up to six months in jail.

Interestingly, for Idaho at least, the Ada county government says they have received numerous phone calls from concerned citizens about the status of the fountain. Officials say the fountain wasn't damaged and noted it was strategically placed to prevent cars from driving into the courthouse. As a Facebook post stated "We’re happy to see these features not only did their job but did it very well!" 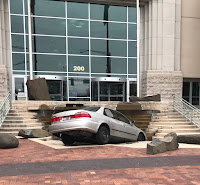 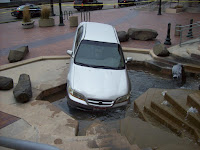