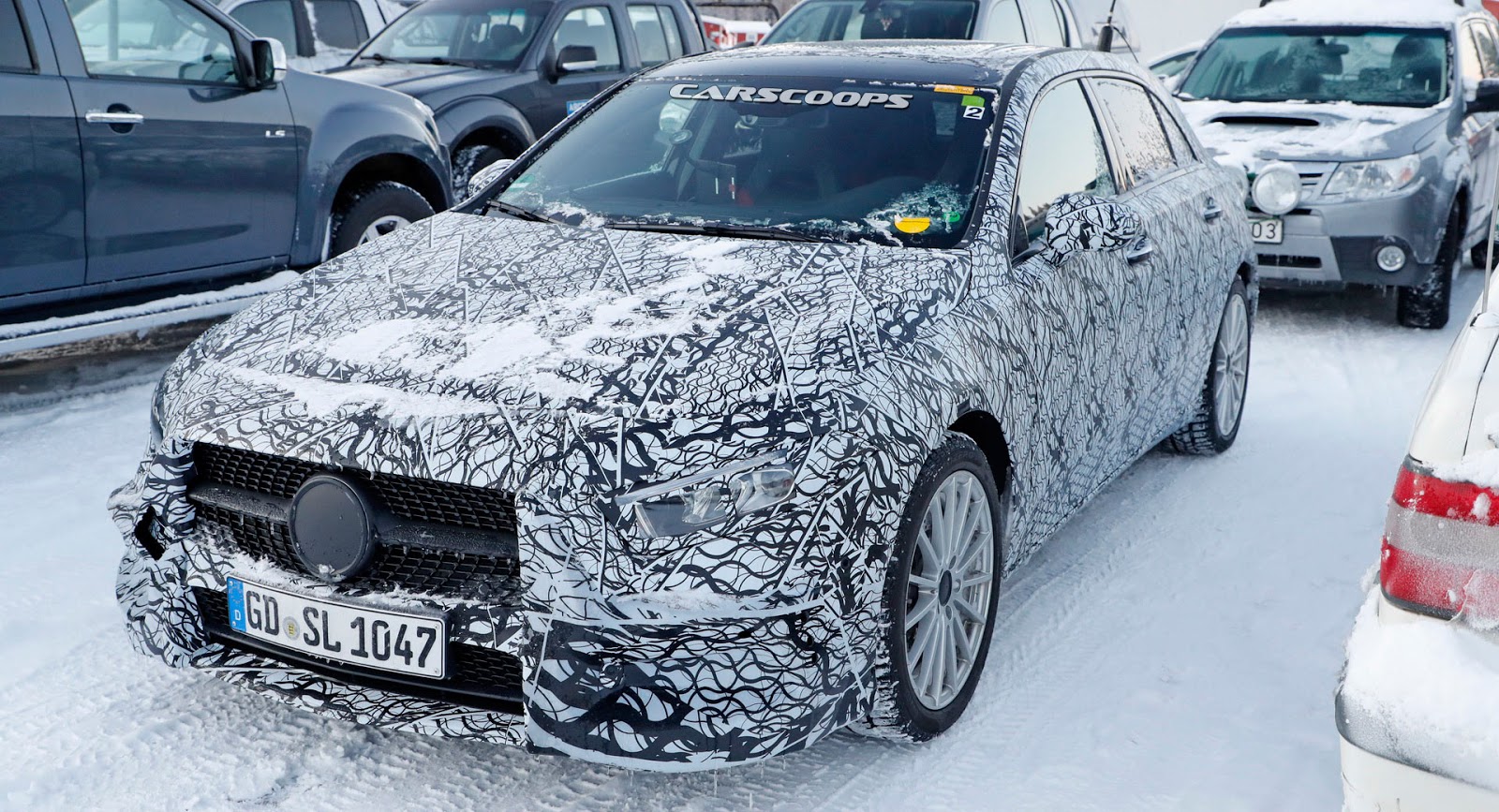 It’s already known that Mercedes is planning to offer both a plug-in hybrid and an all-electric version of the new A-Class and this is our first look on what seems to be the former.

At first glance, the prototype looks just like another A-Class test car but there are small details that betray its electrified nature.

Things like the “Hybrid” sticker on the windshield are the biggest telltale sign but once you look closely, you’ll find two fuel caps, one on each side, and of course there’s the big warning sign that says “High Voltage” thrown at the rear seat.

Our spies even looked under the rear of the car to see if they can spot the exhaust and they couldn’t, which raised some questions whether this was a plug-in hybrid or a full electric car. We’re still leaning to the former however, mostly because of the two fuel caps.

The new generation of the A-Class will adopt a 48-volt electrical architecture and the plug-in hybrid version will most likely offer a 31-mile (50km) all-electric range as teased by the official interior images Mercedes released a couple of weeks ago.

We also know that Mercedes is planning on using the new turbocharged 1.3-liter petrol engine that was co-developed with Renault-Nissan in the A-Class.

Mercedes will pull the wraps off the brand-new A-Class at the Geneva Motor Show in March, with the US-bound A-Class sedan to follow shortly after.