Get Your Own Popemobile And Help A Catholic Charity 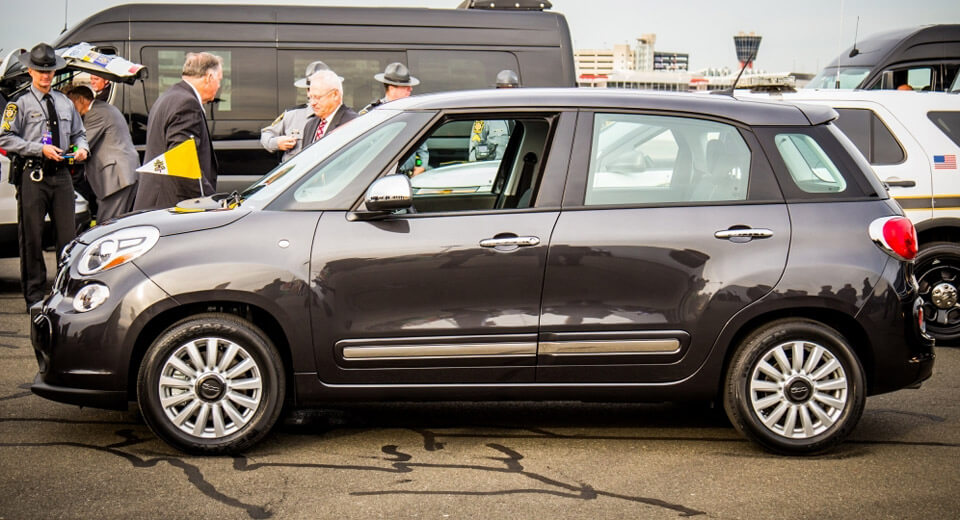 Celebrity provenance can add a lot to the value of a car on the open market. And for some, this might be the ultimate.

What you're looking at is a 2015 Fiat 500L – one of two that Pope Francis used that September during a visit to the United States. The first was put up for auction almost two years ago, and now the Archdiocese of Philadelphia is putting the second up for grabs, too.

The vehicle is trimmed in dark grey metallic with a black leather interior, and equipped with a 1.4-liter MultiAir turbo four mated to a six-speed automatic transmission. It has just 458 miles on the odometer, leaving it in practically new condition – save for its papal use during the Holy Father's visit to the World Meeting of Families in September 2015.

“I’m deeply grateful to Fiat Chrysler for its generosity in giving the Archdiocese of Philadelphia the two Fiats used by Pope Francis during his visit to Philadelphia on September 26-27, 2015,” said Archbishop Charles J. Chaput. “Our partnership with Charitybuzz provides an excellent opportunity to benefit society’s most vulnerable and marginalized members.”

Proceeds from the auction are earmarked towards the 2017 Catholic Charities Appeal – the benevolent arm of the Archdiocese of Philadelphia. There's just one catch: the buyer must agree, in writing, that the vehicle “is not represented in such a manner that would improperly or immorally reflect upon His Holiness” and “not to use the property in contravention of the moral, ethical and social teachings of the Roman Catholic Church.” So if you're planning on using the Papal Fiat as a shuttle for Planned Parenthood or your satanic cult, better think again.