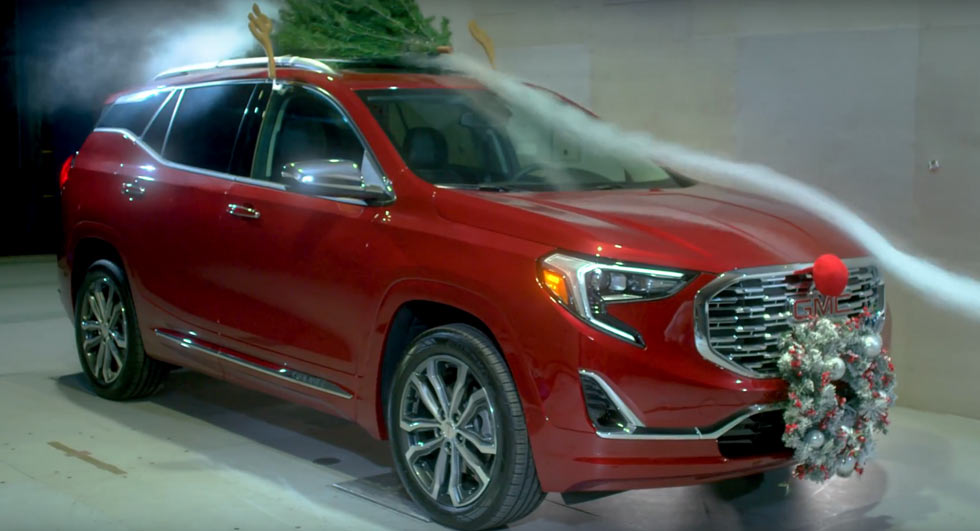 Christmas is right around the corner but General Motors is going all Scrooge and pointing out the obvious, decorating your car is a bad idea.

As part of this year's Christmas celebrations, the company sent aerodynamic performance engineer Joel Ruschman to the Lockheed Martin low speed wind tunnel in Georgia to test out a GMC Terrain Denali with an assortment of holiday decorations.

According to USA Today, reindeer antlers and a big red "nose" increase the Terrain's drag coefficient by three percent and this causes the crossover's fuel economy rating to drop by about 1 mpg on the highway.

While a big bow might not seem like it would have much effect, it actually increased drag by 15% and caused the fuel economy rating to drop by 3.5 mpg. However, the biggest offender was a Christmas tree which caused a 70% increase in drag.

If you can't resist the urge to decorate your car, the best choice would be a wreath as the wind tunnel tests determined it didn't have any effect on the Terrain's fuel efficiency.

Speaking of mileage, the 2018 Terrain Denali has a turbocharged 2.0-liter four-cylinder engine that develops 252 hp (187 kW) and 260 lb-ft (352 Nm) of torque. It is connected to a nine-speed automatic transmission which can be paired to an optional all-wheel drive system. In the latter configuration, the crossover returns 21 mpg city and 26 mpg highway.