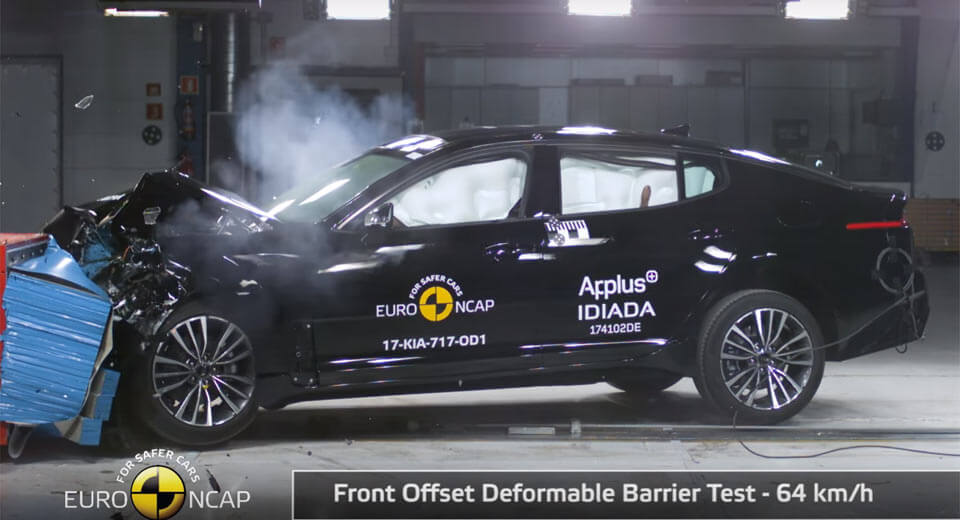 Owners and potential customers of the Kia Stinger can rest easy knowing that it's not only a very capable sports sedan, but one of the safest, too.

During recent Euro NCAP testing, the Stinger was awarded a five-star safety rating, performing particularly well in adult occupant safety with a 93 per cent rating. Additionally, it was awarded a safety assist score of 82 per cent when optioned with the full range of autonomous safety systems.

Even before the Stinger was unveiled at the start of this year, car enthusiasts were intrigued at the thought of the South Korean automaker going head to head with the German establishment.

Prices for the entry-level Stinger start at $31,900 in the United States, which makes it roughly $11,000 cheaper than the four-cylinder BMW 430i Gran Coupe.