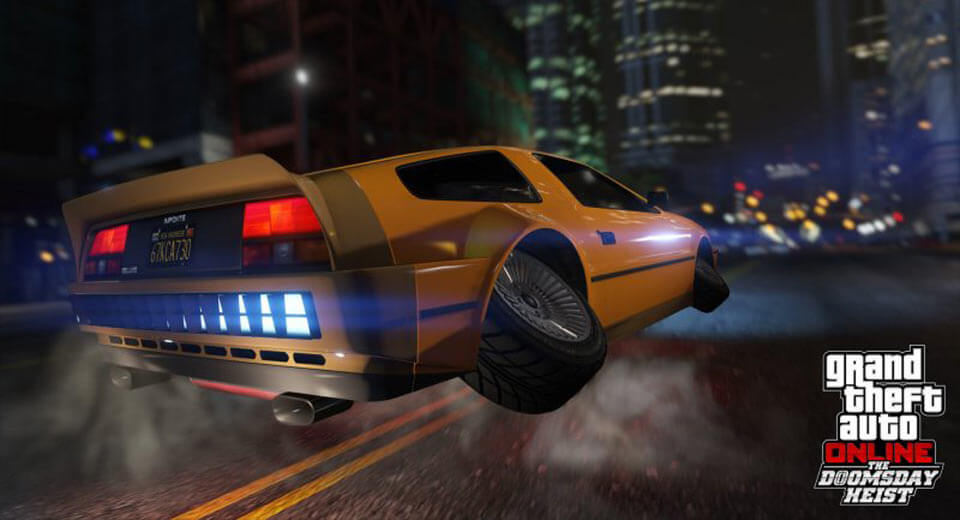 Grand Theft Auto has become synonymous for its use of cars clearly inspired by road-going vehicles. The following car, recently added to Grand Theft Auto V Online, could be the most memorable of them all.

The car clearly takes inspiration from the DMC DeLorean and looks like a spitting image of the famous sports car from Back to the Future, albeit without the flux capacitor. Like Doc Brown’s ride, it too can fly but that isn’t the only trick it has up its sleeve.

As Autoblog notes, the car is also a tribute to the Lotus Esprit submarine from the James Bond film The Spy Who Loved Me and at the press of a button, its wheel can be folded up and it can drive underwater.

We’re generally hard to please when it comes to the cars used in Grand Theft Auto games. After all, the vast majority of them are nothing more than bland rip-offs of existing production cars. However, this vehicle is seriously impressive and does make us wonder, could the car of the future not only fly but also double as a submarine?