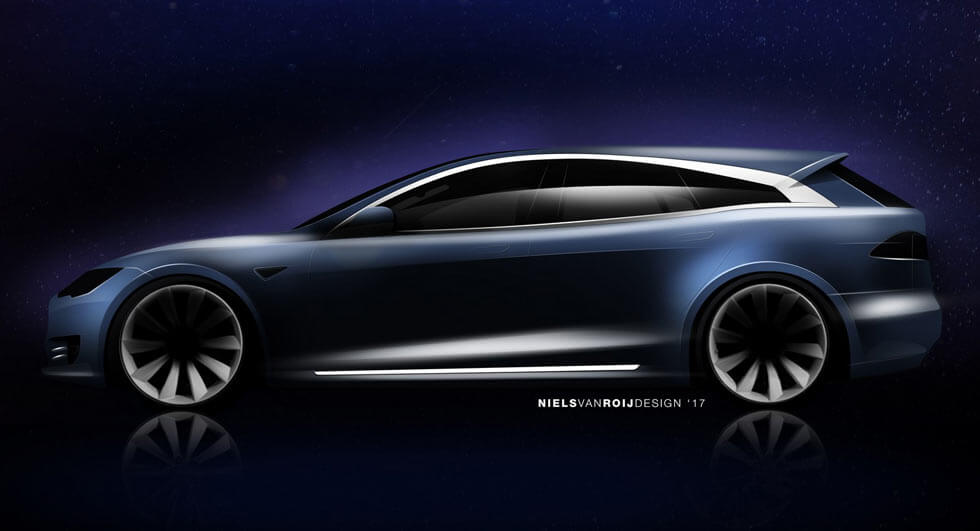 Niels van Roij Design has released some new renderings of its upcoming shooting brake based on the Tesla Model S.

Set to be unveiled in March, the one-off model has a stylish design which has been purposely created to seamlessly merge with the Model S. As a result, the car will have a familiar front fascia but drastic changes will occur aft of the A-pillar.

The most noticeable differences are the elongated roof and the new rear end which features a tailgate-mounted spoiler. The shooting brake has also been equipped with new bodywork, "kick-ups in the glass area," and a generous swath of chrome trim.

Niels van Roij Design has been working on the shooting brake for awhile as Van Roij says the company started doing design research before coming up with the first sketches. After the sketches were completed, the company developed three different "design propositions" which had a total of "16 different design themes." The company says they focused on benchmarking the car against high-end performance wagons and one-off vehicles.

While most people who want something larger than a Tesla Model S would simply opt for the Model X, Roij says "Design is the most important reason for purchase globally."