Porsche Museum Reveals The Oldest 911 In Its Collection 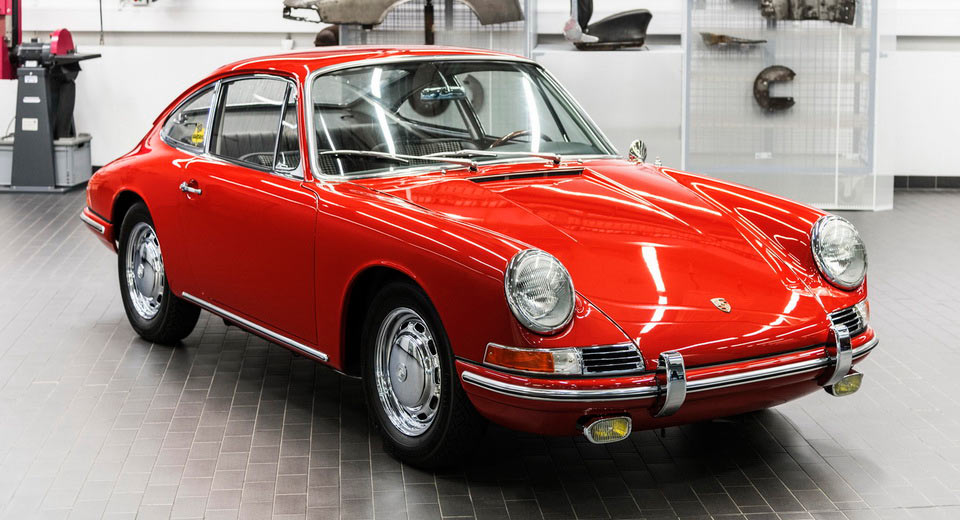 After a three-year long restoration, the Porsche Museum is finally showing the world the oldest 911 in its collection, the 1964 901 No.57.

Built in October 1964, the red coupe is one of the earliest series-production models, still using the 901 nameplate.

Back then Porsche introduced the successor to the 356 under the 901 type designation but just a few weeks after production started in the autumn of 1964, Peugeot objected to Porsche using a three-digit number with 0 in the middle, leading to the birth of the 911.

Customer cars that were built up to this point, were manufactured as 901s but sold under the new 911 name. For 50 years the Porsche Museum lacked one of these cars but not anymore.

The specific car was discovered in a barn by a German TV show about antiques and memorabilia. The TV crew came in contact with the Porsche Museum in order to find out more about their barn find and when it emerged that chassis number 300.057 is one of the rare models built before the name was changed, the museum bought it to fill in a key gap in its vast collection.

The car had never been restored before, giving the Museum’s specialists the chance to bring it back to its original state as much as possible. Porsche Museum used genuine body parts from the time taken from a different car, with the same principal followed for the engine, transmission, electrics and interior. The general rule was to retain parts and fragments where possible rather than replacing them and that’s why it took three years to bring this beauty back to its original condition.