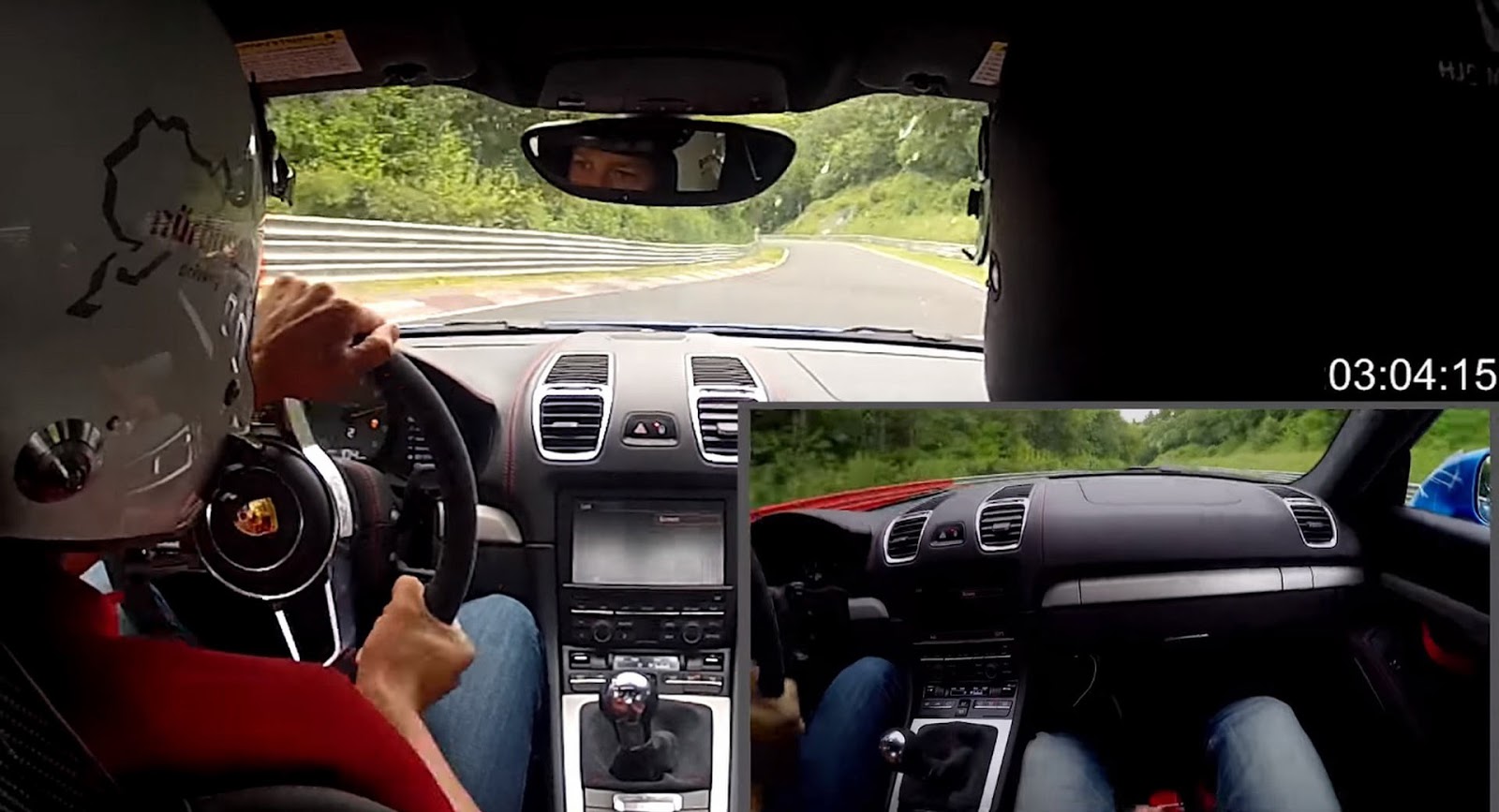 No matter how skilled or experienced a driver you might be, riding shotgun with a professional racing driver will definitely be an eye-opening experience as far as your ride's abilities are concerned.

Reddit user abe12345 opted for Porsche’s European delivery of his new Cayman GT4 as he wanted to combine the arrival of his new car with a visit at the Nurburgring through the track’s official driver education events.

His instructor for the event was an ex-DTM driver that also races in the European GT4 class with a GT4 Clubsport and the 24 Hours of Nurburgring. At the end of the day, the Cayman GT4 owner asked the instructor to take him with his car on a flying lap.

This was also the instructor’s first time in the street-legal Cayman GT4, but that didn’t stop him from posting a 7min 42sec Bridge-to-Gantry lap with mild traffic on the track.

It goes without saying that having a proper racing driver showing you the correct lines and speed your car can achieve on a track like the Nurburgring is simply priceless, as the owner of the car clearly demonstrates during the whole lap.