This Ferrari LaFerrari Doesn’t Mind Going For A Little Swim 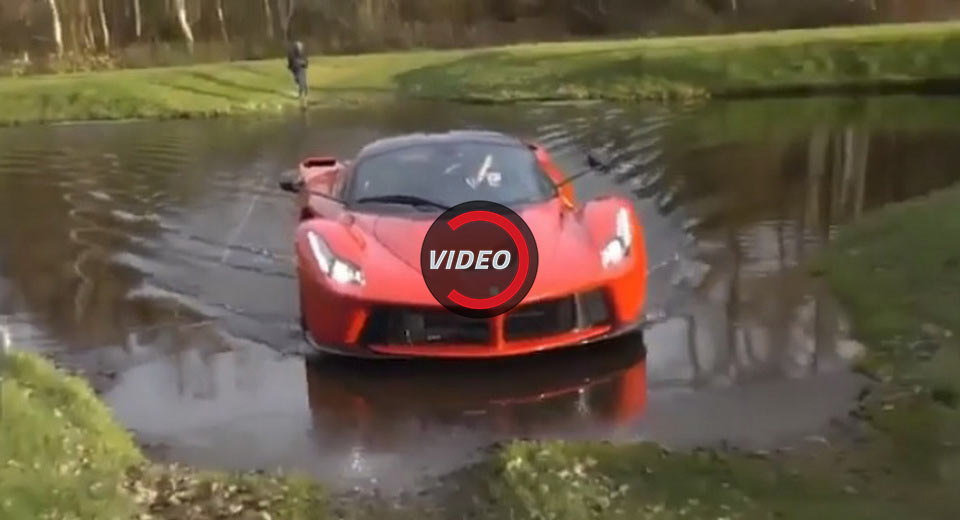 Relax, no one lost control and ended up in the water or was crazy enough to try and turn Ferrari's hybrid hypercar into an amphibious machine; but even so, we highly doubt many owners would even think about putting their precious LaFerrari through this.

In fact, it's interesting to see a LaFerrari stepping out of its comfort zone, even for a few precious seconds. That's because most of its siblings are locked away for the cold season, and some for most of their lives as their owners are waiting for them to appreciate in order to make loads of money after floating them in the "used" exotic car market.

The short film reminds us of another one, posted on social media last month, where a bunch of exotics, including a LaFerrari and a Bugatti Veyron Super Sport, were taken off-roading and got those precious and sexy bodies dirty.

As was the case with that clip, this one may have been inspired by the famous YouTube Channel 'TaxTheRich', which has done a fain number of stunts with numerous high-end cars over the years.