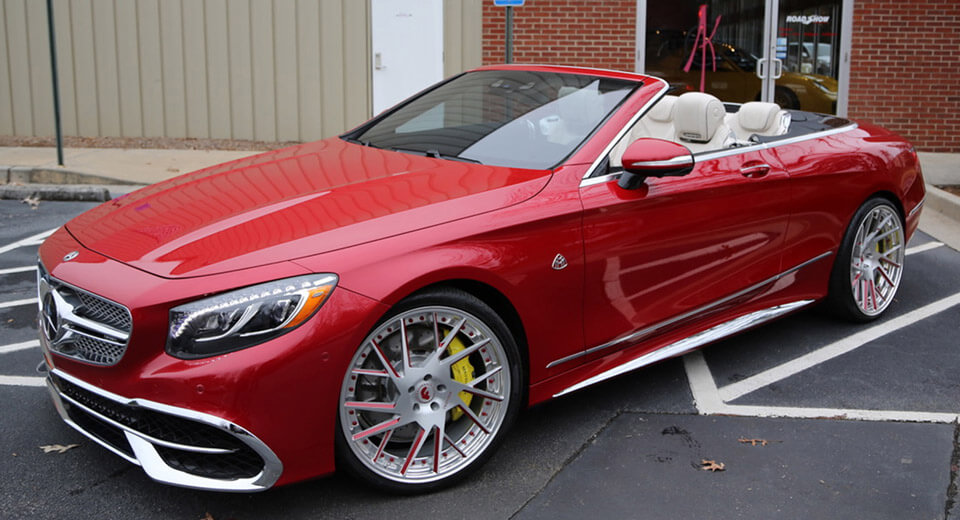 Mercedes has gone to considerable lengths to differentiate the Maybach S650 Cabriolet from “lesser” S-Class convertibles. But the owner of those one has set his apart even further by adding a set of custom wheels.

Of the 300 examples to be made (and 75 allocated to the United States), this is the only example riding on a set of Forgiato alloys.

These Tec 2.2 wheels from Forgiato's Tecnica series feature a brushed finish (in contrast to all the chrome on the Maybach) with spokes and bolts painted to match the drop-top's red bodywork.

Further setting it apart are yellow brake calipers and windows tinted with film from SunTek. The modifications were applied by Herm G of Road Show International out in Atlanta, which happens to be the home town of Mercedes-Benz USA. We don't know whose ride it is, but something tells us it probably belongs to a baller from one of the Georgia metropolis' major sports franchises.

Whoever it belongs to, would you considering it sacrilege to mess with the package Daimler perfected, or a no-brainer considering how much the owner must already have spent on the car? That's probably a matter of taste more than anything, so check it out in the images below and sound off in the comments section.