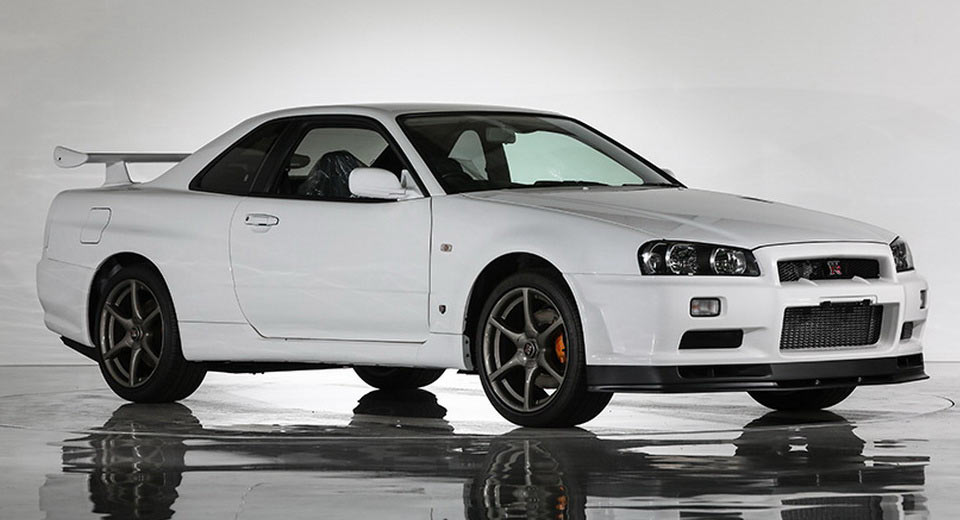 We don’t know if this makes us sad or happy; a virtually unused 2002 Nissan Skyline GT-R V-Spec II Nür is heading to an auction, giving us a great opportunity to see the iconic R34 in a brand-new state.

On the other hand, having the keys to one of the most sought-after performance icons on the planet and not driving it does makes us sad, especially since this is one of the last examples of its generation.

The 2002 Nissan Skyline GT-R VSpec II Nür is sort-of the last hurrah for the R34 generation, mixing the VSpec II goodness with an upgraded RB26 engine. Despite the engine’s specs remaining officially unchanged, at 276hp and 293lb-ft of torque, Nissan had installed bigger turbos with a slightly bigger boost pressure and a reinforced block, making the engine even more durable to future upgrades.

Other features include a speedometer that tops out at 300km/h (186mph) and an exclusive interior stitching along with the usual VSpec II goodies such as the stiffer suspension, the bigger brakes, the carbon fiber bonnet and the iridium interior trim pieces.

The car is described as unregistered and will be auctioned by BHauction at the Tokyo Auto Salon on January 12, 2018.