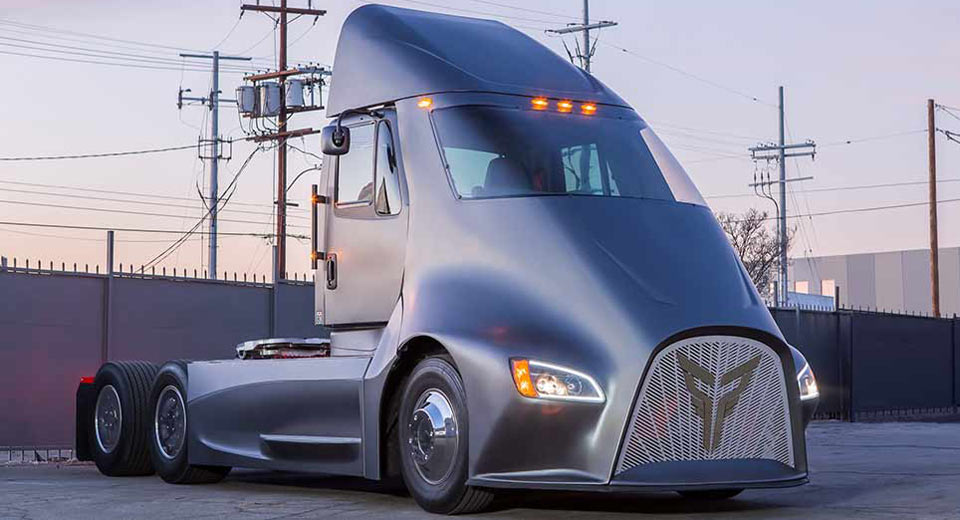 Tesla isn’t the only company pursuing the electric semi-truck industry with limited experience, a Californian startup called Thor Trucks also wants to get in on the action.

The company is the brainchild of entrepreneur Dakota Semler and his truck is dubbed the ET-One. Found within Thor Trucks are 18 employees, including the likes of a former Navistar and BYD employee, a senior mechanical engineer with stints at Boeing and Faraday Future, and an engineer from green vehicle developer US Hybrid.

Thor claims that the ET-One uses battery packs with LG Chem cells that are mounted to both sides of the chassis. The truck will reportedly travel up to 300 miles on a single charge and like the Tesla Semi, have an 80,000 lbs capacity. A cheaper variant with a 100-mile range is also in the works.

The design of the ET-One is intriguing to say the least. Dominating the front-end is a semi-circular grille and a pair of LED headlights. Inside, there is a rather traditional layout but in the place of dozens of buttons is a digital gauge cluster and a large central infotainment screen.

Testing of the Thor ET-One is still underway but the company wants to make the truck available for demonstration drives in 2018 before commencing production in 2019.