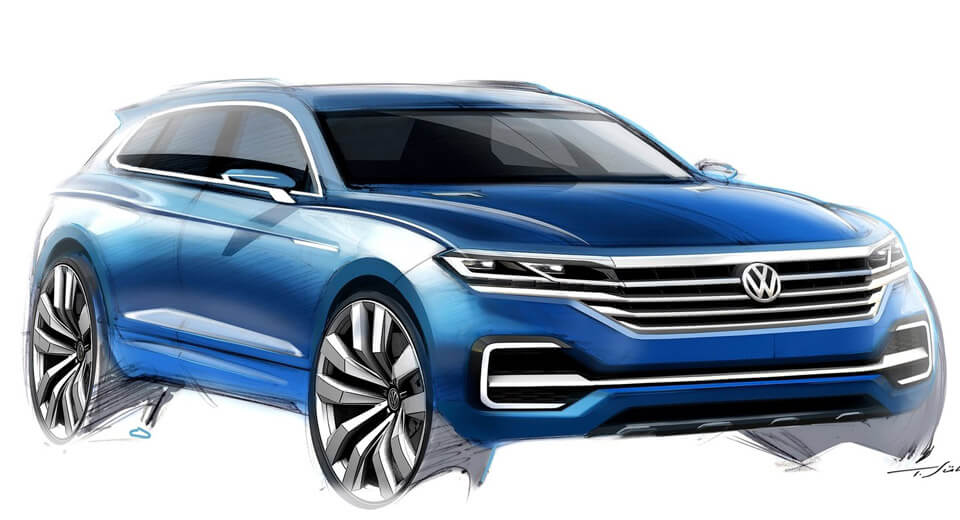 Introduced back in 2010, the current-generation Volkswagen Touareg has grown a little long in the proverbial tooth. But relief is on its way.

According to Just-Auto, VW will reveal the all-new Touareg at the forthcoming Beijing Motor Show in April.

We're expecting the new Touareg to grow in size slightly, in order to make room for the slate of smaller VW crossovers coming down the line. Still, it will likely remain more luxurious than the three-row Atlas. Look for its styling to borrow heavily from the T-Prime Concept GTE that Volkswagen unveiled the last time the show was in town, back in 2016.

The Touareg will be just the latest model to be based on the VW group's MLB Evo platform that also underpins the Audi Q7, Porsche Cayenne, Bentley Bentayga, and Lamborghini Urus – and will form the basis for the forthcoming new Audi Q8 as well.

The jury's still out, however, on whether the Touareg will spawn a slantbacked variant to go after the likes of the BMW X6 and Mercedes GLE Coupe, or leave that territory entirely to the aforementioned Audi.