Can't Get A Bentley Grand Convertible? Try This Azure Mulliner 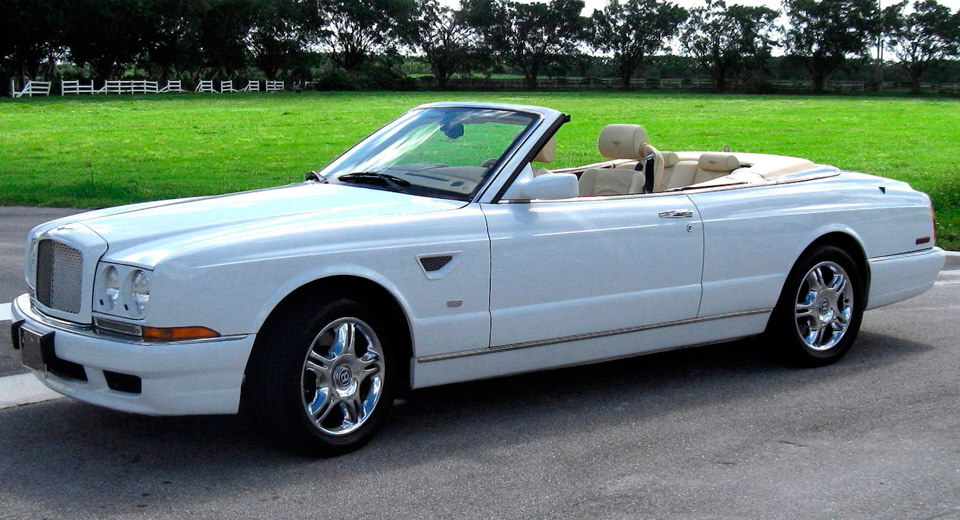 Interested in a Bentley convertible, but find the Continental too common? The British automaker recently confirmed the Grand Convertible for production.

That's the good news. The bad news is that it's exceedingly expensive (even by Bentley standards) and strictly limited in production. So if you're not one of the 19 individuals deemed fortunate enough to shell out millions to buy one, may we suggest the following.

This is a Bentley Azure, the convertible version of the Brooklands coupe – complete with Crewe's evergreen 6.75-liter twin-turbo V8. It's from the 2003 model year, which was the last for the first-generation Azure before it was retired (only to be revived again a few years later).

Painted white with a tan top and matching leather interior, this Mulliner model packed all the options. In fact it cost $410,000 when ordered new a decade and a half ago, equivalent to about $550k by today's standards.

With over 35,000 miles on the clock, we doubt it will sell for anywhere near that much when it comes up for auction at Mecum's Kissimmee sale in Florida next month. Despite its age, this could prove a real bargain for a top-of-the-line drop-top Bentley. However much it sells for, though, you can bet it won't be millions.