You'll Struggle To Find A Quirkier Car Than The Lamborghini Jarama 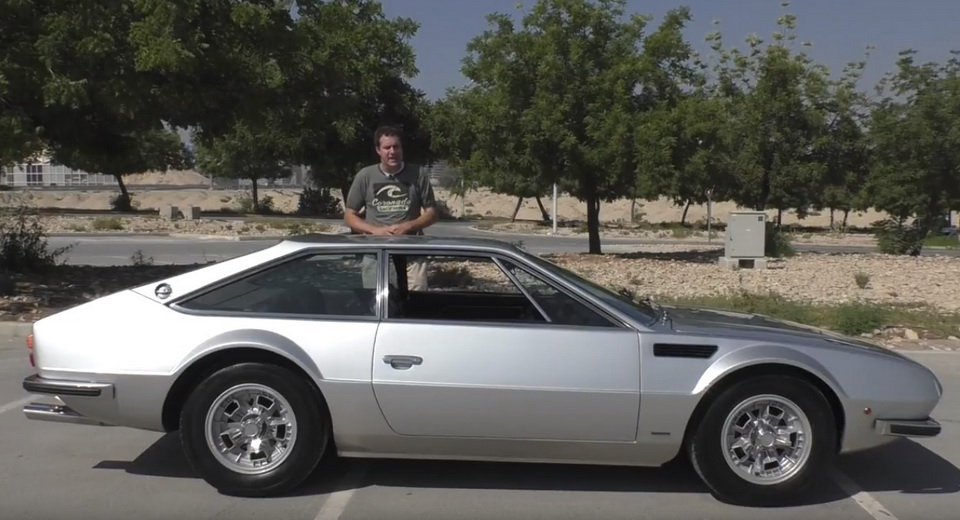 While most, if not all classic Italian sports cars have their fair share of quirks by today's standards, the Lamborghini Jarama might just top them all.

This example, reviewed by Doug DeMuro in Dubai, is about as weird as any Lamborghini we've ever seen, and it's not because of the way it looks.

The Jarama is a 2+2 grand tourer from the early to mid 70's, featuring a more angled design than the Espada, and a 3.9-liter V12 engine, which actually sounds pretty darn nice, as DeMuro was more than happy to point out during his drive.

Yet, it's the interior of this car that can only be described as extremely weird. Buttons are positioned all over the place with all types of cryptic symbols on them. The radio is operated by "feel", not by sight, the windshield washer button is nowhere near where it should be, and there's a locking mechanism just for the trunk handle (not the trunk), which by the way isn't a hatch, despite the car's aesthetics.

On the road, aside from the great engine note, the Jarama isn't all that quick, and doesn't feel particularly nimble. But because of the sound, DeMuro really couldn't wipe the smile off his face while behind the wheel.